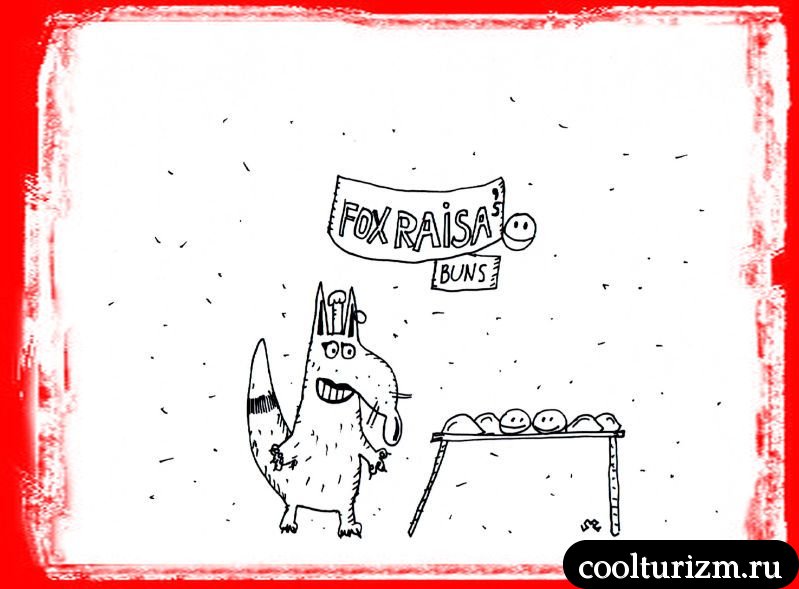 So, the fox Raisa received a well-deserved, but quite humane punishment for pie robbery.
The fox was serving her sentence in the kitchen at Svinni and it turned out that the fox Raisa had the makings of a good baker.
The fox with astonishing ease kneaded the dough and made rich pasties with different fillings.
The fox was particularly good at cinnamon rolls. During the serving of the sentence, the fox became a real ace in the manufacture of pies and rolls.
Such a talent would be sent to a peaceful course!
Do you know how it all ended? (The fox was put on a fur coat)
Svinni and his friends helped the once-criminal fox open the Raisa Fox Bun bakery. Good pastries in the woods are always welcome!
In addition, a lifetime personal discount is promised for Svinni in this bakery (I won’t say how much%, because you will begin to envy us wildly).
Fox Raisa and the cat Basilik took the path of correction and even became respected members of the forest community.
Where is Karabas Ktulhabas now?
Can something fix this villain?
Spoiler, I very much doubt it!