stanlarimerPosted for Everyone to comment on, 4 years ago8 min read

The fall of Empire, gentlemen, is a massive thing, however, and not easily fought. It is dictated by a rising bureaucracy, a receding initiative, a freezing of caste, a damming of curiosity—a hundred other factors. It has been going on, as I have said, for centuries, and it is too majestic and massive a movement to stop.”

Using psychohistory, Asimov's Hari Seldon mathematically determined what he called The Seldon Plan—a plan to determine the right time and place to set up a new society, one that would replace the collapsing Galactic Empire by sheer force of social pressure, but over only a thousand-year time span, rather than the ten-to-thirty-thousand-year time span that would normally have been required, and thus reduce the human suffering from living in a time of barbarism. The Foundation is placed on Terminus, a resource-poor planet entirely populated by scientists and their families. The planet—or so Seldon claimed—was originally occupied to create the Encyclopedia Galactica, a vast compilation of the knowledge of a dying galactic empire. In reality, Terminus had a much larger role in his Plan, which larger role he had to conceal from its inhabitants at first.

Excerpt 3 - The Fall of Empire

Doc Brown: Got to have a clean room Marty, to work on space stuff. Here, put on this hair cap and get into those white lab overalls over there.

Marty: Sheesh, Doc, you've gone all NASA on me here...

Doc Brown: Nope. It's got to be all private enterprise in the future Marty. We can't be dependent on the Beast to protect us from the Beast.

Marty: But what does space have to do with exploring parallel universes, Doc? I thought you said it was more of a cyberspace thing - examining and comparing data on different time lines?

Doc Brown: Marty, listen to me carefully. We are threading a moving n-dimensional needle here. While technically the existing Big Five busiest blockchains, ah, BitShares, Steemit, EOS, Ethereum and Bitcoin in that order, are documenting enough commercial activity to map out the right family of universes we are looking for, we still need to find the needle in that infinite haystack where the governments of the world do not seize control of the blockchain industry. If they ever do, its curtains for freedom and the door of a dystopian One World Government's prison planet will slam shut for good. If that happens, Marty, we're looking at a thirty-thousand year long Dark Ages before humanity will be able to extract itself from the rubble. If we succeed, we might reduce the collapse of freedom to a mere thousand years. I'm afraid we aren't looking for the old time line we left any more Marty. We've got to find the one where freedom survives! That's where a space-based BEOS comes in!

Marty: Whoa, wait a minute Doc. That's not what I bargained for! I mean, freedom and global prosperity is great and all that, but what about my truck? ... and Jennifer?

Doc Brown: Don't worry about that, Marty. Your truck and Jennifer are in every time line we are interested in. The only minor problem might be there's also another one of you in all of them. Remember when you were simultaneously playing Johnny Be Good and climbing around in the rafters back stage? It's gonna be like that wherever you go except the original time line we left! But we can only go there if we have enough data to ensure that the Beast hasn't won in that time line. 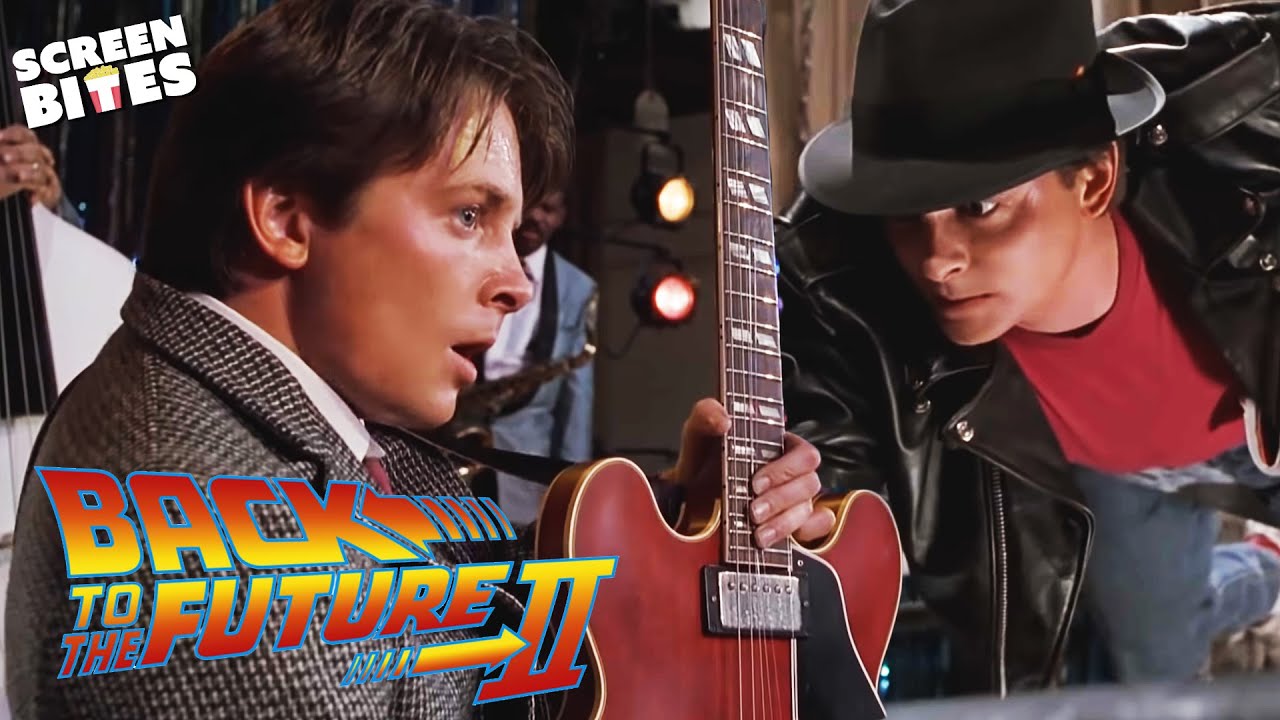 Marty: Doc, you're blowing my mind here. You mean I'm gonna have to compete with myself over Jennifer?

Doc Brown: Don't worry about it Marty, we'll think of something. Maybe we'll wind up picking a universe where you've already been hit by a bus or something...

Now pay attention to this publicity poster. I'm going to teach you a little orbital mechanics.

Doc Brown: You can read all about this in Doc's Fictional Guide to the Brown EOS (BEOS) but here's the key concept:

The fictional micro-satellite shown here is in a fictional 500 mile high, sun-synchronous polar orbit with a period 100 minutes. Its circular comms footprint on the ground has a diameter of 50 degrees, which pretty much covers the Northern Hemisphere. The Earth rotates at 15 deg/hour, so in 100 minutes, the Earth will rotate east by 25 degrees, (so the satellite orbit will be 25 degrees west of the point where it crossed on the previous orbit). Thus, it will be visible at the same ground point a second time and then a third time for 10 minutes separated by 100 minutes. After the Earth rotates 180 degrees, the same ground point will again make contact with the satellite on the back side of the orbit. So, any location at mid latitude will see a satellite in polar orbit about six times a day - three times in the morning and three times at night. At high latitudes near the polar regions, the ground station will see the satellite on nearly every orbit, up to 15 times a day - every 100 minutes. For LEO, um, that's Low Earth Orbit, satellites in an equatorial orbit, any ground station within 25 degrees of the equator will see the satellite on every orbit - up to 15 times a day.

Marty: Yeah, that's great Doc. Why are you telling me this?

Doc Brown: Marty! Do you know what this means?

Doc Brown: Just one of these little satellites, in an orbit just like this, will tip the balance of history in our favor! I calculate that with this in place, over half of the parallel universes retain their freedom for an extra thirty years. Time enough to figure out our next move!

Marty: You gotta be kidding me, Doc!

Doc Brown: Not at all! With even intermittent contact with an outpost of freedom for 100 minutes six times a day, smart contracts can execute without government interference in the jurisdiction of international space. And with a blockchain with the scalable throughput of BEOS, all of the world's enterprises can have a place to run their smart contracts and sovereign software companies governed by incorruptible robots instead of scheming power hungry federal agencies. In the Future we are seeking Marty, "The Code is the Law." 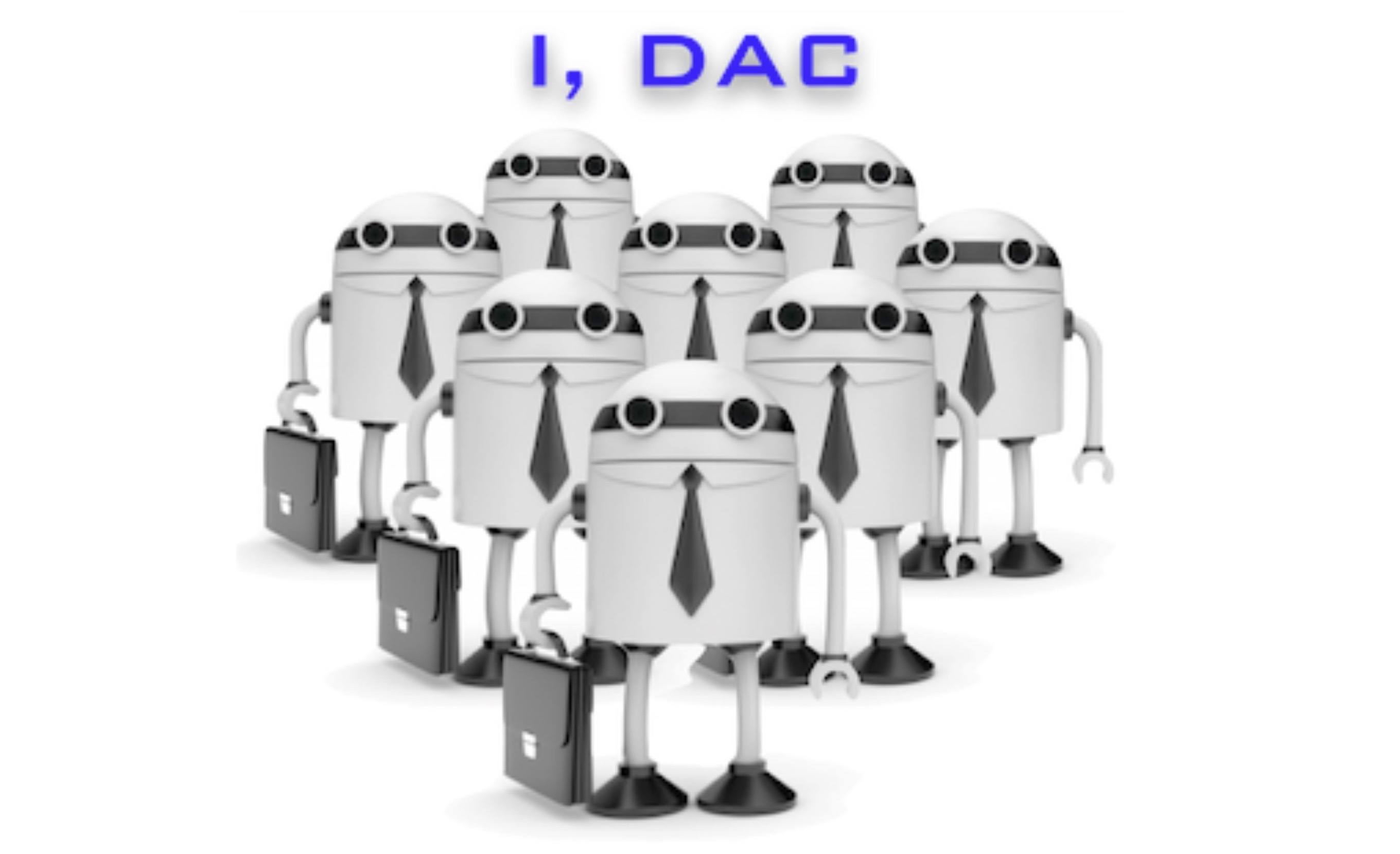 “A horse having a wolf as a powerful and dangerous enemy lived in constant fear of his life. Being driven to desperation, it occurred to him to seek a strong ally. Whereupon he approached a man, and offered an alliance, pointing out that the wolf was likewise an enemy of the man. The man accepted the partnership at once and offered to kill the wolf immediately, if his new partner would only co-operate by placing his greater speed at the man’s disposal. The horse was willing, and allowed the man to place bridle and saddle upon him. The man mounted, hunted down the wolf, and killed him. “The horse, joyful and relieved, thanked the man, and said: ‘Now that our enemy is dead, remove your bridle and saddle and restore my freedom.’ “Whereupon the man laughed loudly and replied, ‘Never!’ and applied the spurs with a will.” 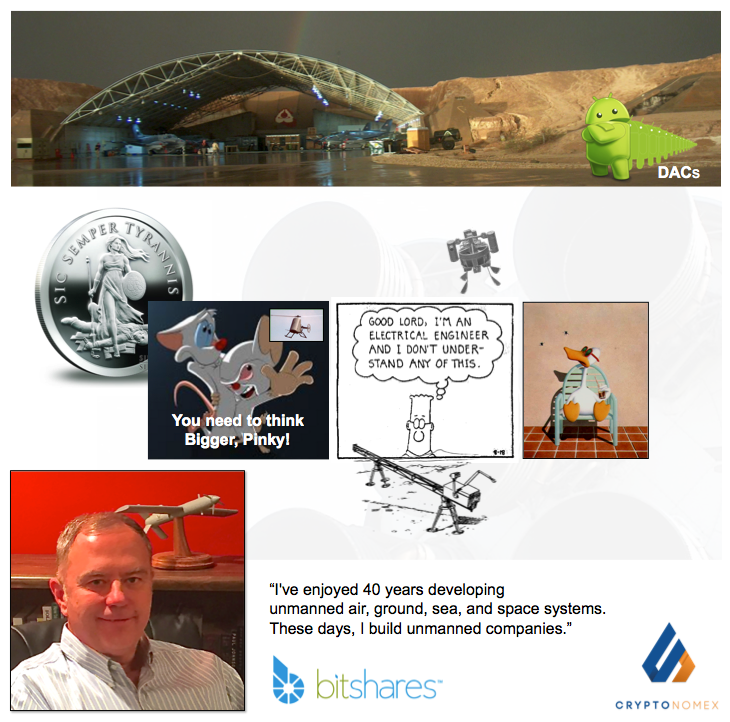 bitsharesbitcoineossovereignskyfreedom
1,573 WLS
6
Sign Up to join this conversation, or to start a topic of your own.
Your opinion is celebrated and welcomed, not banned or censored!