"I did everything right", says parent of trans child only now learning human beings aren’t clownfish

redpillPosted for redpill Pod Members to comment on, 3 months ago5 min read

This post could be considered Part 2 of our post, Breaking Down the DON'T SAY GAY Pedo Narrative.

Certainly not without a multitude of consequences, some expected, and some not, well, not so much...

She has to get part of her vagina made with her colon. Well one of her friends had that surgery, and even years later it smells fairly colon like.

@BillboardChris: “I did everything right” says this parent who thinks children can change sex.

Now your son can’t maintain a relationship, will never experience sexual pleasure, has a micro penis for life, and doctors want to cut out his colon to make a fake vagina. 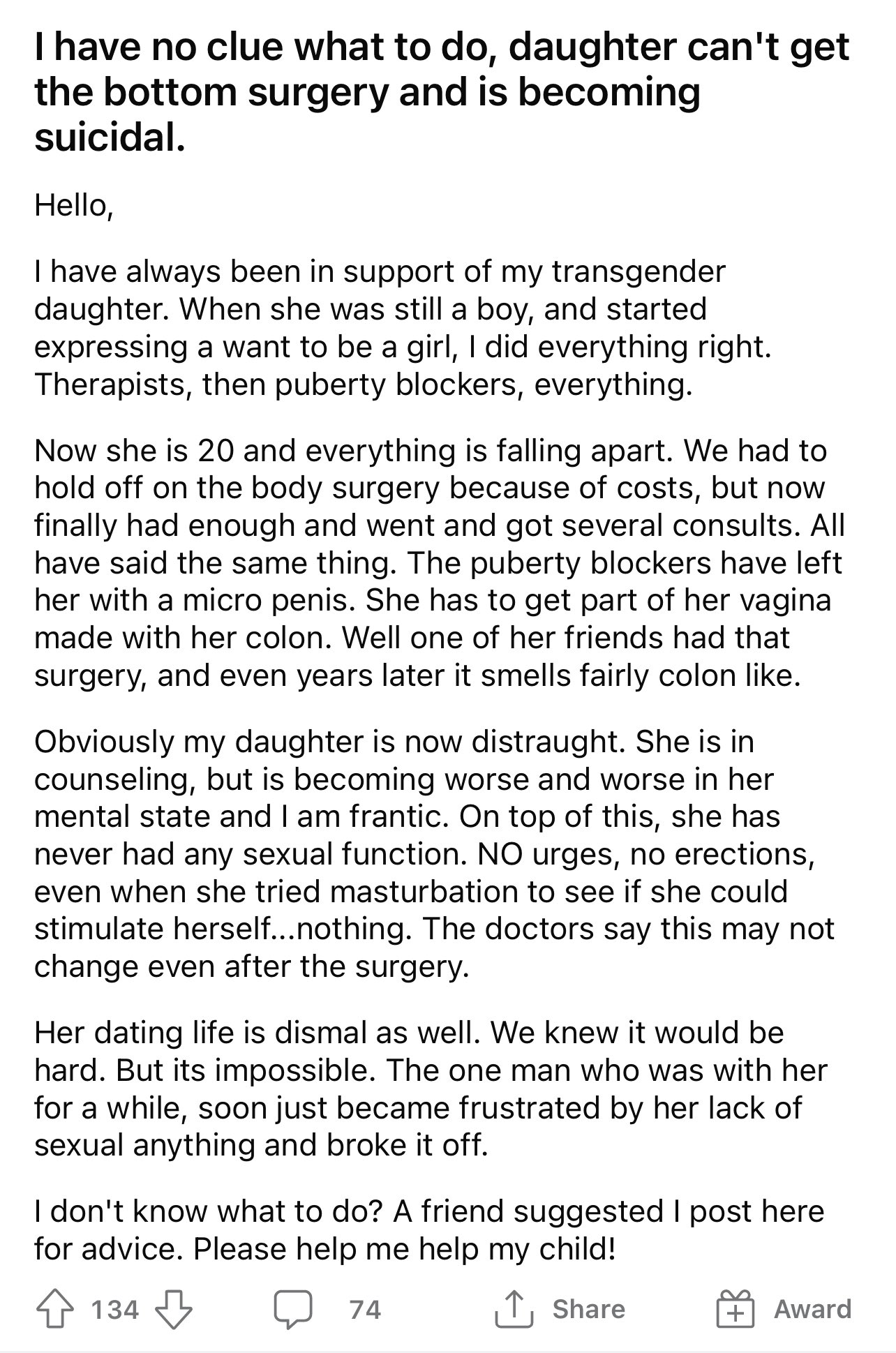 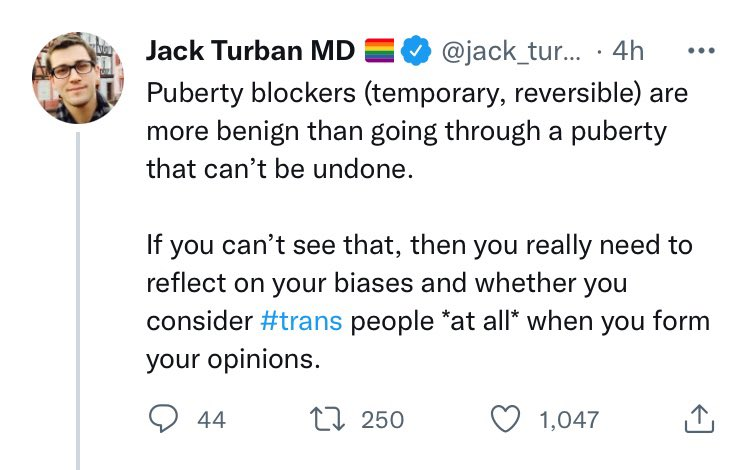 @SwipeWright: How to eliminate women's rights:

Gay men having trouble getting "knocked up" request insurance provide them with I.V.F. coverage! 🥴

These men seem to really believe it’s their right to have a woman’s body provided to them at taxpayer expense for the production of a baby...

Under the city’s insurance benefits policy, a covered person is only eligible for such services when they are deemed infertile. The policy defines infertility as the inability to conceive after “12 months of unprotected intercourse,” or intrauterine insemination — a procedure that inserts sperm directly inside a uterus — for a period of time.

Intercourse is not defined in the policy, but the complaint claims New York City and its insurers “have interpreted it to mean intercourse between a man and a female.”

That language, the complaint said, made it impossible for Mr. Briskin and Mr. Maggipinto, who will need to use a surrogate, to ever be deemed infertile, effectively blocking them from receiving any I.V.F. insurance coverage.

“It’s mind blowing that in 2022 we’re still having this conversation about a policy that so clearly excludes gay men because of horribly antiquated views of homosexuality,” he said. “We got the ability to get married and the rest would have been kind of smooth sailing, but we were sorely mistaken.”

The couple estimated that the entire process, including the surrogate’s fee and multiple rounds of I.V.F., could cost between $150,000 and $200,000.

Pedo groomer brainwashing and indoctrination of our children at every turn...

If that isn't grooming, what is it called when girls are socialized into a transgender identity by teachers? 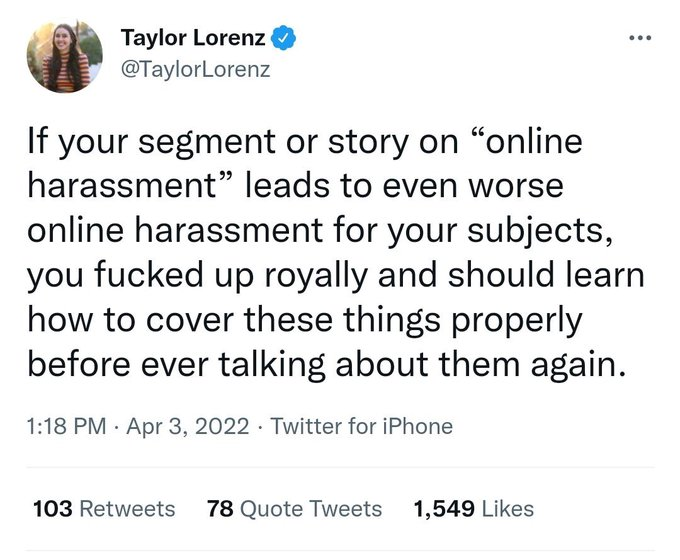 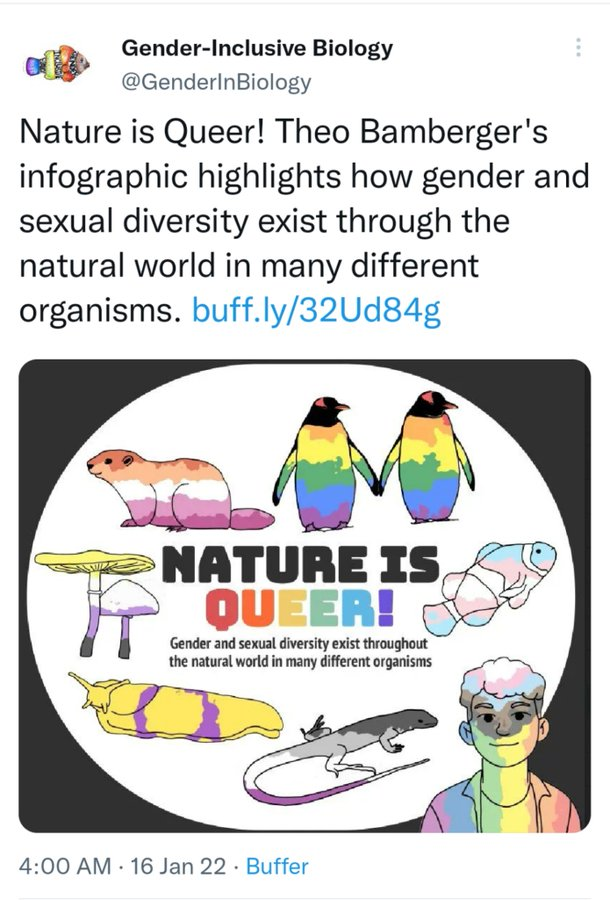 The Dark Side Of Disney...

We said they were coming for the children, and they’re here. I wonder if Elon Musk knows what he’s in for with what needs fixing on that site….

Oh No! Noah Accidentally Fills Ark With Only Male Animals Because He's Not A Biologist!

According to members of his family, just as Noah was sitting down and getting settled, the Lord asked Noah why the ark was full of only male animals and not male and female pairs of each kind. “Well, the funny thing is, God, I’m not really what you might call a biologist so I have no way of knowing if I grabbed a male or female.” 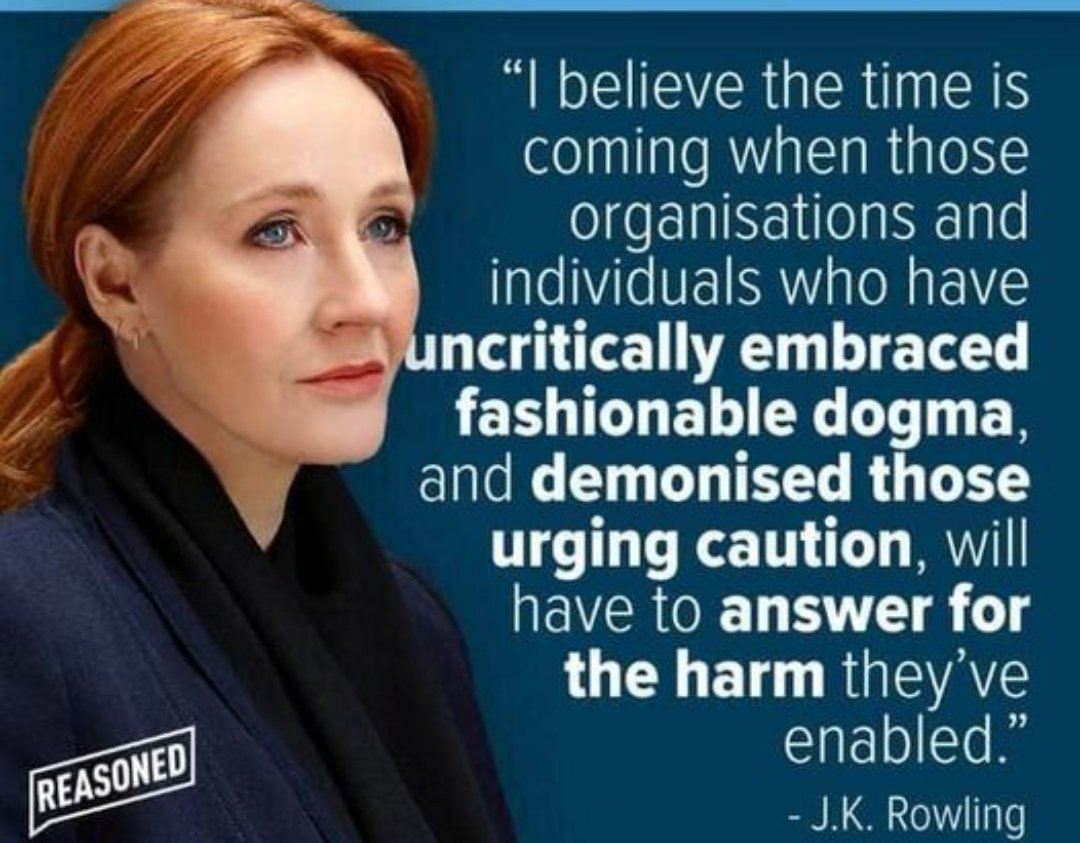 truthpoliticspedonarrativestransgender
94 WLS
7 Shares2
Sign Up to join this conversation, or to start a topic of your own.
Your opinion is celebrated and welcomed, not banned or censored!