Debunking the Bucha Massacre in Ukraine

redpillPosted for redpill Pod Members to comment on, 3 months ago3 min read

The "Bucha Massacre" has been parroted non-stop by Western media for days on end now, even by supposedly conservative Western news stations like Fox. However, as with most stories presented by the MSM, it seems this too may be quite different than how it is being framed and presented... 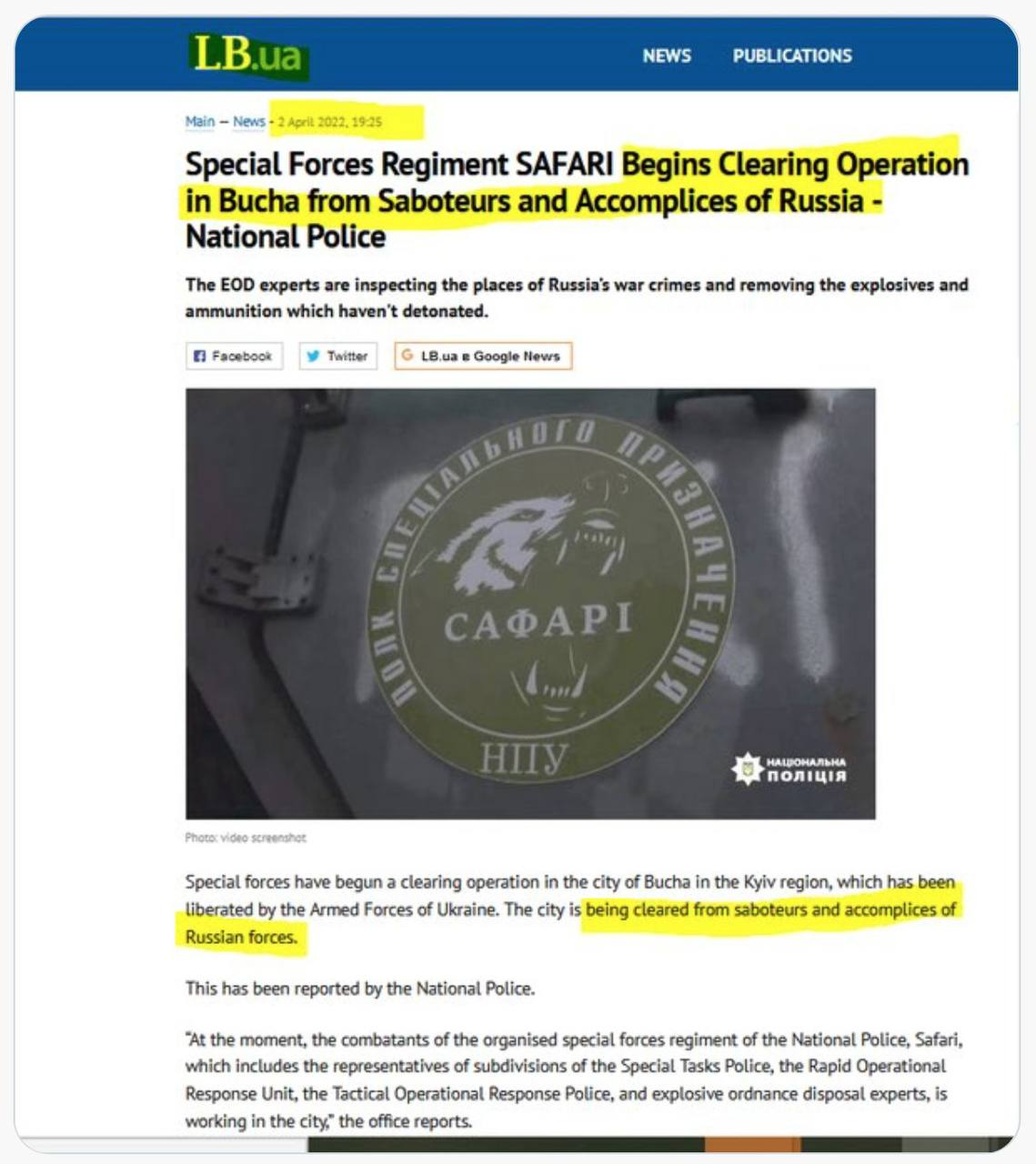 The following article contains much footage about the "Bucha Massacre" that Western media will make sure never sees light of day, and in fact anyone now who even questions any of the narrative on twitter is quickly suspended...

As the scandal surrounding the Bucha massacre grows, new elements prove that this episode is indeed worthy of the mass graves of Timisoara, between the disinformation of the New York Time which releases satellite images that do not hold water, the Ukraine which releases the video of a drone taken on another day, and the truth which appears in the video filmed by the Ukrainian troops in charge of “cleaning the city”.

Scott Ritter: So apparently I’ve been suspended from Twitter for the crime of challenging the orthodox narrative of the so-called Bucha massacre. I’ve appealed, so who knows what the future will bring. I’m any event, I’ll be posting my articles and occasional musings on Telegram going forward, if anyone is interested. Freedom of speech in America today is an endangered concept.

On April 1st, Fox News host Brett Baier interviewed Volodymyr Zelenskyy. However, the most crucial part of the interview was edited out to keep Americans from seeing it. To his credit, Baier released it himself:

Fox News host Brett Baier: I wanted to have you clear something up for us. This is: these reports about the Azov Battalion, that is said to be a Nazi-affiliated organization operating as a militia in your country, said to be committing their own atrocities. What should Americans know about that unit, about those reports?

Ukraine President Volodymyr Zelensky: So, Azov was one of those many battalions. They are what they are, they were defending our country. And later, I want to explain to you, everything from all the components of those volunteer battalions later, were incorporated into the military of Ukraine. Those Azov fighters are no longer a self-established group, they are a component of the Ukrainian military.

Luckily at least there still exists sites like Whaleshares, gab, telegram, rumble, and others where such things can still get into the open and be discussed, also in hope that more people eventually wake up to all the lies and manipulations being imposed on us all. 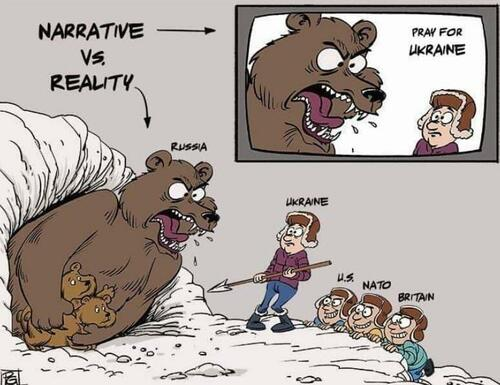 truthpoliticspropagandaukrainerussia
120 WLS
2 Shares
Sign Up to join this conversation, or to start a topic of your own.
Your opinion is celebrated and welcomed, not banned or censored!