The Citizens Need A Response After Shocking Defeat. If there is any team in the EPL that needed the International break so badly, it would be Manchester City. The Citizens, before the break, fell to a shocking 0-2 defeat at the hand of Wolverhampton Wanderers in matchday 8, the break would have handed Pep Guardiola the needed time and space to ruminate and fashion the next line of action for his stuttering defence line. A trip to Crystal Palace in matchday 9 come Saturday offers City a chance to respond to critics and shows their title credentials. Any further slip up would spell doom for the Citizens and they may as well kiss goodbye to the title defence.

Pep Guardiola's decision not to replace the departed Vincent Kompany in the heart of Manchester City's backline seems to be taking a toll on City's title defence. With centre back, Aymeric Laporte out injured and John Stone consistently going on and off the treatment table, City is left thin at the rare guard and now left with Nicolas Otamendi as the only senior centre back available. Even though make-shift defender Fernandinho is doing a decent job, the home defeat to Wolves has shown that the Citizens are lightweight at the back and hence, an urgent call for reinforcement need to be addressed.

Sitting in 6th position on the English Premier League table with 14 points, just 2 points adrift of their Saturday opponent, Crystal Palace offers a genuine test, another potential banana peel to Manchester City. The Eagles sure know how to hurt City, they defeated City 3-2 at the Etihad in one(1) of the league fixtures last season and will sure draw inspiration from that victory going into Saturday's late kickoff.

City was on a decent run of form before slumping to the shocking 0-2 home loss to Wolves, however, they still hold the H2H advantage over Palace in the last 5 league meetings. Crystal Palace, on the other hand, comes into matchday 9 with a back-to-back league wins and had lost just 1 league fixture in their last 5(W3-D1-L1) but they still fall short of City on H2H stats, losing 3(including the two 0-5 losses in May & September 2017) and drawing 1. 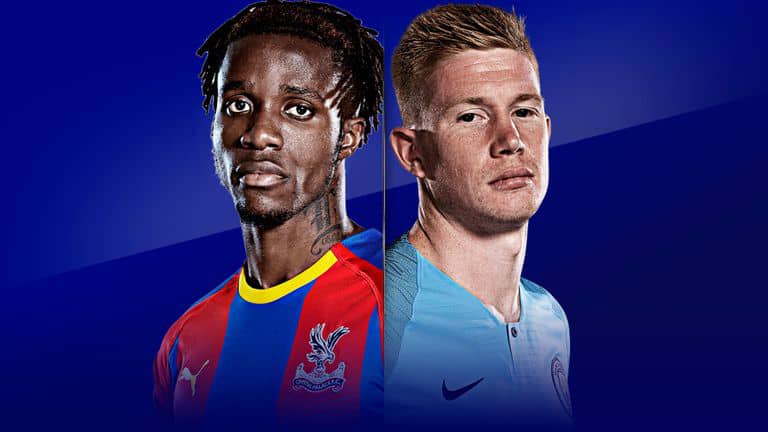 Manchester City is sweating over the fitness of their mercurial midfielder Kevin De Bruyne, though there are several players that can fill De Bruyne void, the importance of the Belgian to City's title defence cannot be over over-emphasized, 8 assists in 7 league fixtures is a testimony of De Bruyne's role. Other usual suspects include Sergio Aguero, Raheem Sterling and a host of other goal threat across the team.

Crystal Palace do not possess the array of stars City boasts off but they do have tricky players of their own, one(1) of such players is the much sought after Wilfried Zaha. Though Zaha has not fully hit the ground running for Palace this season, he is still a menace for any opposition. Of course, the likes of Jordan Ayew, Andros Townsend will run at opposition all day long.

Prediction:
It has to be a straight win for Manchester City or else, they can kiss the league title bye-bye. So, I am going to stick out my neck for a City 3-1 win.

Thank you all for your time and usual support.