The information is gathered from BOINCStats and CoinMarketCap, after which I calculate the earnings in GRC and USD for systems with a RAC of 1000. Further details can be found in the definitions section below.

Last week there have been no changes to the number of whitelisted projects, which means you can earn Gridcoin (GRC) crunching 20 BOINC projects.p> 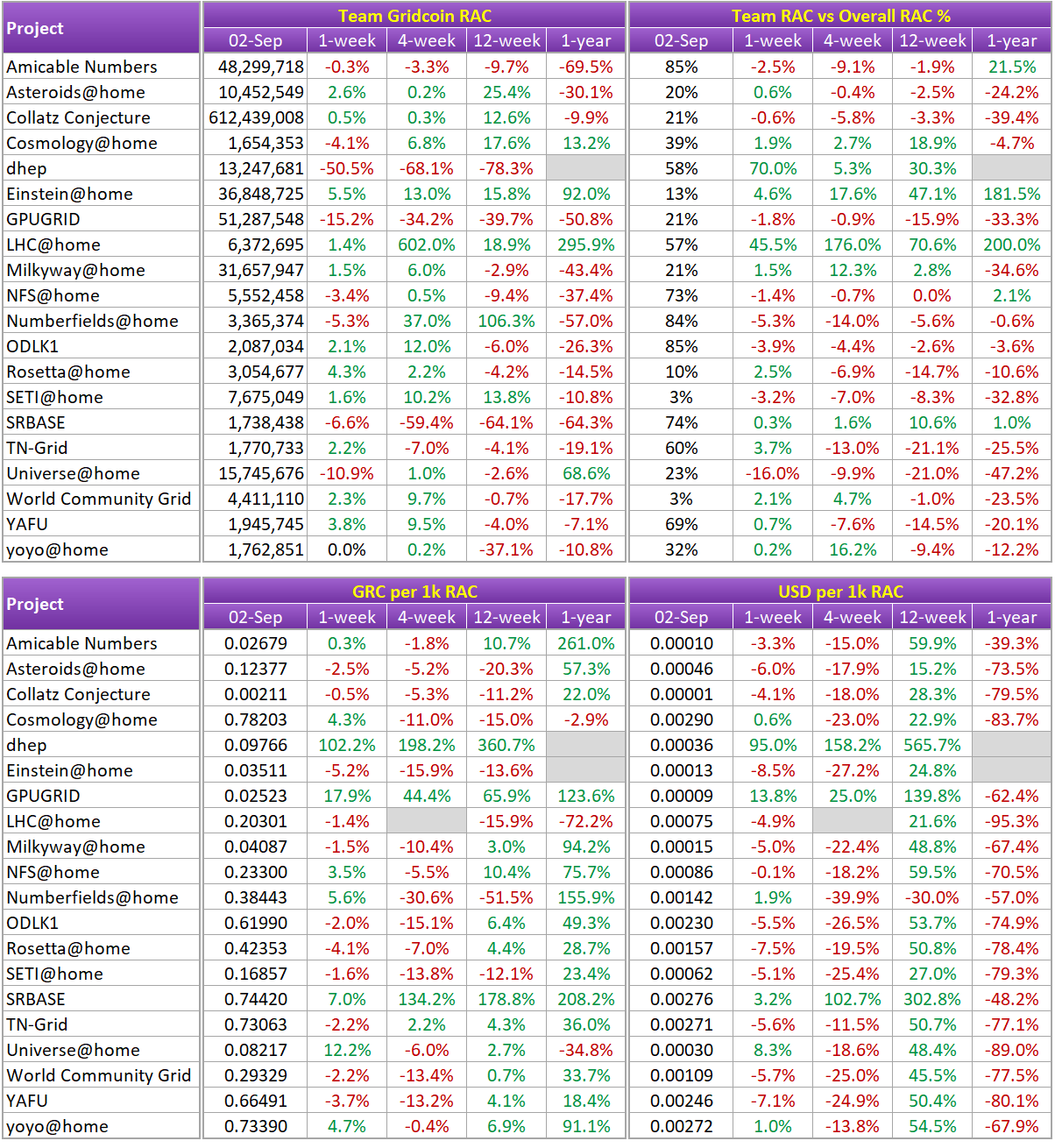 The charts below provide the longer-term trends for active user development, team contribution to the BOINC network overall and the whitelisted projects.