Whaleshares is an opensource project. Programmers are invited to fork the code from Gitlab and help improve it.

olawaliumPosted for Everyone to comment on, 2 months ago6 min read

What are a few things about yourself, or which you have done, that have left you feeling proud? List one, or a few, and tell us the situation and why you feel it was an accomplishment to be proud of. (Having children is excluded from this question.)

My whole life revolves around giving. In as much as I know I picked this up from my dad and I am glad it has become who I am. I watched him give a lot away while growing up and it shaped my view that this is how we should live our lives. I am a very sensitive person, very observant of the things that happen around me and I always want to help. I've had so many moments in my life, some I can't even remember right now but they are moments I would always feel proud about because I was there for people that needed it.

You know when you are there for people at the right time, you might not know the value of it but you can sense it with the way tears roll down their faces. I am usually the type that runs away after doing something good. I don't like taking the accolades because I don't want to lose sight of what's important by feeling a certain way just because I helped someone.

Let me just cut to the chase and this is the one that I still remember fondly even though I block most of them from my head. It was at my last place of work in my former city, there was this old man that comes around the office and everyone would give him money most of the time he would come around. He made it a daily affair and when people have they gave it to him but he made a mistake one day, he came around 11 am reeking of alcohol. It put me off and after that day I said I wasn't going to give him money since that's what he was using it for. I felt he was taking it home to take care of his family since he's too old to work.

He came a few times and I didn't give him anything but others once in a while gave him. I felt bad I didn't but I was consoling myself with the fact that I didn't want him to use it for alcohol. Then that week, there was a challenge on Steemit that time which I did a week before and I won. After winning I thought to myself what I would do with the money because it was much. I think it was around $100 worth (today's value) can't remember. I thought about the old man and another old man that would come into our office and sometimes help us with the packaging of products we make.

I cashed the money out and told a colleague at work what I intend to do with the money. I asked him to follow me to the market and we both went that evening after work. I got a lot of food items in twos... Quite much and sizeable too and we both dragged ourselves back to the office. We quickly sorted them out in two sacks, filled to the top and kept them in the office because we were certain they would both show up the next day. 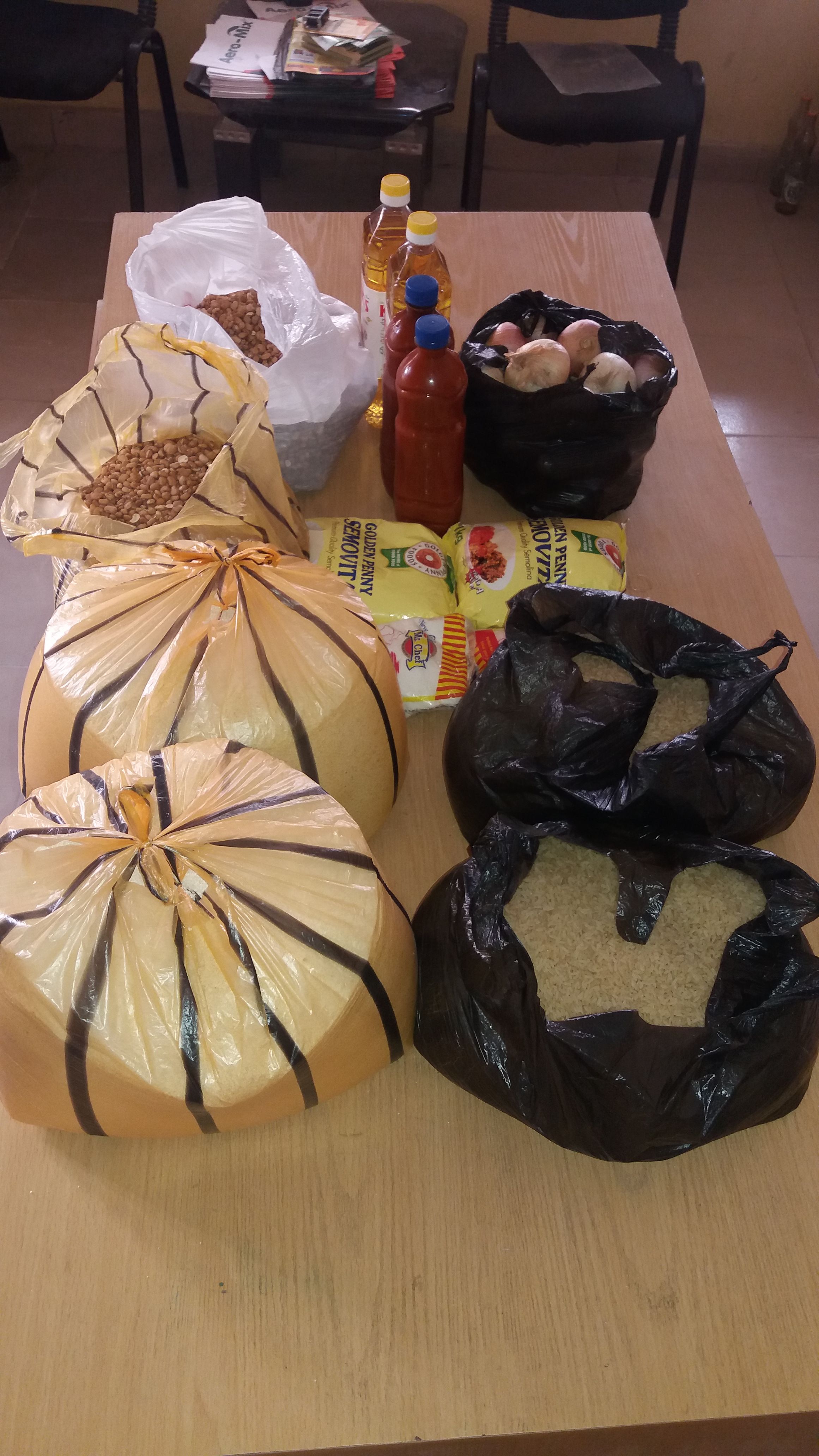 I had to search everywhere for this image and sadly this is the only one I found. I had images of the sack and the men back then. Would keep looking so I can update the post.

The next day came and the first old man came around to ask for money as usual and I gave him the food bag. I just dropped it right in front of him as he was seated and what happened next melted my heart that I had to stop looking at his face. He was shedding tears. Those food items would at least last him for 2 weeks if he eats every day but if he's economical about it, it should last a month. He stood up, came to my seat and started praying. I was deeply touched and I was grateful the idea came to my head rather than rule him off by not just giving him money. I gave him I think around $5 and specifically told him not to drink with it but to get what's needed to cook the items like Kerosene or gas, if that's what they use.

It was too heavy for him to carry so the person we went to the market together said he would take it home for him. I asked for permission for him from the manager and he took bike home with the man and made sure the man gave the money to the wife to get what was needed.

The moment he got there and dropped the items with the wife, he told me how emotional the wife was and how she didn't stop praying till she left. Giving is not giving until we have given to someone who might never be able to repay us. The kind of giving that doesn't require me to expect anything back is the type that thrills my heart and makes me feel "proud" of myself.

I have always lived by this quote which says "I would rather live for a day and touch many lives than to live for a hundred years and not be remembered by anyone." This is why I feel it's an accomplishment - touching a life that also affects many lives in the process. This is what being human is all about - being there for those who needed help. We can't solve every problem but we can at least make life easier for others.