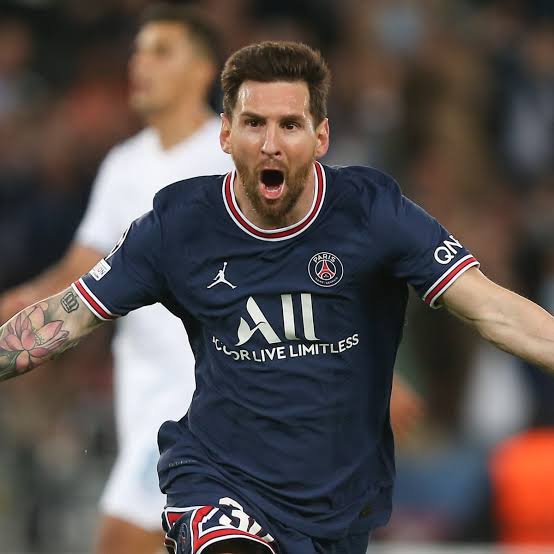 A lot has been made of Lionel Messi's inability to score in PSG colours and what a special night for him to do justice to that by registering a goal and officially denting any hope of a draw from Manchester City and his former coach, Josep Guardiola.

He got his first goal for PSG and also his 121st Champions League goal as well. It was a timely victory after Gueye already put the Parisians ahead in the 8th minute. Manchester City went through the match searching for answers but they got none as they left Paris with their tails between their legs. Paris can dream again as they have been coming close on many occasions for the past seasons. The game ended 2-0 and City have themselves to blame for shooting blank.

PSG got their first goal of the game on their home turf in the 8th minute after Mbappe was played in on goal and he unselfishly squared the ball across the face of the goal. Neymar got a touch on it to flick the ball into the direction of Gueye who blasted the ball into the roof of the net to give PSG and wonderful start.

City tried to respond in the 26th minute after Grealish and Kevin De Bruyne combined. Kevin crossed the ball into the box only to be met with a good header from Sterling. He managed to beat the goalkeeper with his header but not the post as he rattles the crossbar. Bernardo Silva was on hand for the rebound and he also smashed his effort onto the crossbar with the net staring at him.

In the 38th minute, Mbappe was sent racing on goal and you would expect him to go all the way but he didn't. He had a lovely cut back to the on-rushing Ander Herrera and his shot was tipped over by the goalkeeper. There was no direction to Herrera's shot which made it easy for the goalkeeper to parry.

In the 47th minute, Sterling was expertly found inside the box with an enticing pass. He raced to it and shockingly dragged his shot wide right inside the box. Neymar wasted a chance of his in the 65th minute after he was sent clear on goal as well. He failed to manage the ball well and he was closed up quickly. His shot could only find the side of the net.

The frustration continued for City after Kevin De Bruyne tried to find space just outside the box but his lovely shot missed the target by just a margin.

Messi broke City's heart in the 74th minute after he exchanged a pass with Mbappe. Mbappe's deft touch just outside the box came cleanly for Messi who produced a lovely strike that left the goalkeeper rooted on the spot to take the game beyond the reach of City.

City tried to half the deficit in the 91st minute with Mahrez's enticing freekick but the goalkeeper was up to it. The game ended in favour of Paris Saint Germain, 2-0. Manchester City has work to do if they are to leave the group as they have slipped to 3rd on the log.