Be Yourself and Have Fun.

olawaliumPosted for Everyone to comment on, 5 days ago4 min read 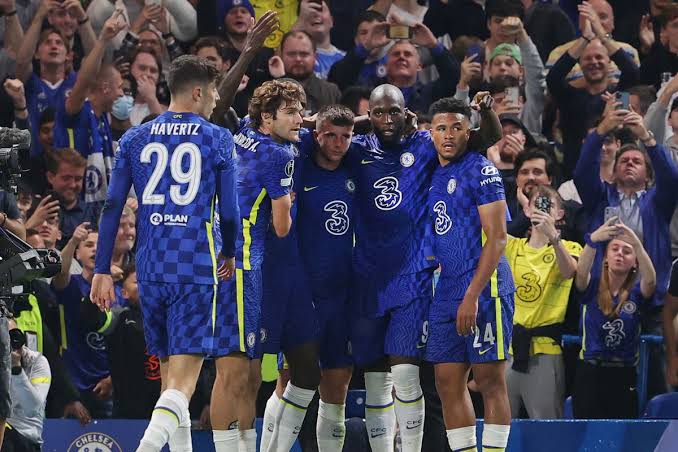 Chelsea started their Champions League campaign at home against Zenit and even though it was a 1-0 victory courtesy of a Lukaku's strike, it was enough for them to get the three points.

It is always important to start the group game with a win as it helps the team going forward and calm their nerves and jitters. Lukaku has been repaying the faith the coach showed in him by signing him as he has been on a row for Chelsea by giving them the needed win. He brings something completely different to Timo Werner and that's why he is delivering.

I believe he also came to Chelsea to silence his critics who have always bad mouthed his first touch and ability to run and he hasn't been doing bad at all ever since he made his second debut in the Blues colours.

Chelsea are back to it again to reclaim the crown they won last season after denting the hope of Manchester City in securing their first European title courtesy of Kai Havertz's goal.

James' timely intervention denied Zenit what would have been an early goal in the 12th minute after a headed ball found Claudinho inside the box. He chested it and before he could respond to it, James cleared for a corner kick. A minute after, despite timing his run well, the cross directed towards Lukaku in the box after beating the offside trap was too much for him as the ball went begging.

Rakitskiy found space at the edge of the box in the 38th minute but his curling effort lacked power and accuracy as Mendy easily gathered it. Zenit were contented with hitting Chelsea on the break. Chelsea had a chance of theirs when a good hold up play from Lukaku sets up Mount as the ball eventually found Ziyech but his tame shot was no threat for the goalkeeper in the 47th minute.

Rudiger had a brilliant moment with a great piece of individual brilliance to show for it in the 50th minute after he raced all the way from the back into the opposition box but his shot flew wide instead. Lukaku would be pissed not to have received the ball because he was better positioned to receive the ball had Rudiger given it but what a goal that would have been for Rudiger had it gone in and I am sure it would be replayed every time as a notable highlight.

Another hold-up play from Lukaku in the 56th minute set up Reece James but sadly his effort was only good enough to touch the side of the net instead. Lukaku is proving himself to be unplayable for Chelsea because he seems to be everywhere and adding real value to this team.

This is why Lukaku is so vital because when the goals are not coming he doesn't need that much time, space and chances before he can conjure something out of nothing. Azpilicueta's excellent cross found him inside the box in the 69th minute and he beat the goalkeeper with a lovely header at his near post to give Chelsea the lead and a deserved 3 points.

The shocking moment came for Zenith in the 80th minute Dzuba was picked out in the box and all he needed was to tap home the ball. He shockingly guided the ball wider off the post much to the surprise of the visiting fans.

The game ended and Chelsea has taken the right step in the right direction in defending their crown.