olawaliumPosted for Everyone to comment on, 5 days ago3 min read 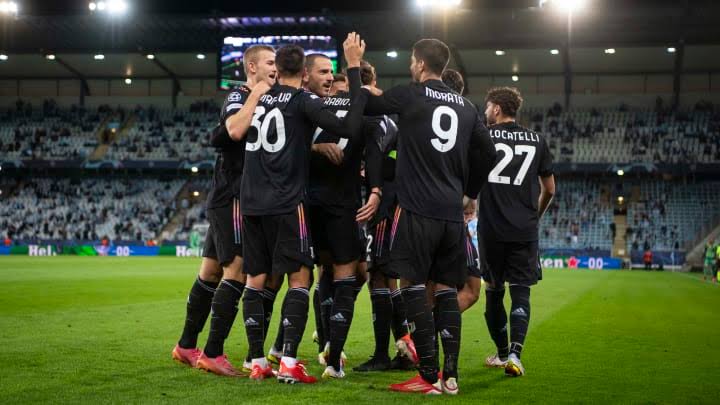 There is no doubt the kind of influence having Ronaldo in your team would give and despite having a shaky start in the league, Juventus got off to a flying start in the league when they travelled to Malmö for the opening game of the UEFA Champions League. It's the first time that Malmö will appear in the Champions League after their appearance in the 2015/2016 campaign.

Juventus showed class and poise as they dispatched Malmö by winning by 3 goals without a reply on the road. Sandro, Dybala and Morata all scored a goal each to get the three points in the group. They are still the favourite alongside Chelsea to top the group and it's always good to start your first game with a win because it gives them confidence going forward and calms the team down as well.

In the 10th minute, Dybala shockingly missed a wonderful chance that fell to him after the referee waved play on in the build-up to the ball. He was perfectly found in the box and his attempted volley went over the bar. You'd expect more from the captain of the night.

In the 17th minute, Malmö had a chance of theirs when Innocent's excellent cross found Rieks in the box and his attempted volley also missed agonizingly. It would have been a beautiful goal for them. That miss proved costly as Juventus went ahead in the 23rd minute as another excellent delivery into the box found Sandro who has to connect with the ball albeit low and he guided the ball into the back of the net to register his first goal in European competitions for Juventus in his 76th appearance.

Juventus wouldn't stop as Morata was pulled down right inside the box as he chased the ball into the box in the 42nd minute. There was a call for offside but after VAR check it was rightly called that he wasn't offside so the penalty stood. Dybala stepped up and converted the penalty with ease to give Juventus a 2-0 healthy lead.

They are not even done celebrating and a minute after, Morata pounced after he positioned himself well to reach the ball. He wouldn't miss and he sent the ball into the back of the net to compound the woes of Malmö just before the halftime whistle went.

Moise Keane would have been gutted in the 70th minute when he thought he beat the offside trap. He expertly rounded off the goalkeeper as he slotted the ball into the empty net only for the linesman to flag for offside. That was expertly done and it would have been a deserved 4-0 win.

Malmö should have reduced the deficit in the 84th minute after Olsson delivered a lovely ball into the box only for Colak to steer his header wide. The game ended 3-0 with a Juventus win and Malmö got their reality check on their first game. I doubt if it gets easier for them but another mouth-watering clash to look forward to would be Juventus v Chelsea.