olawaliumPosted for Everyone to comment on, 7 months ago6 min read 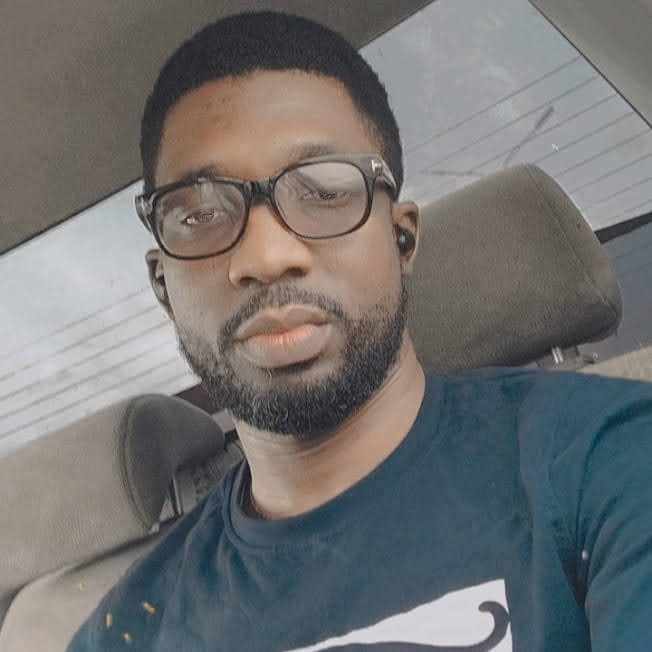 I have heard many instructions in my life and sometimes I just want to act like a coconut head and satisfy the cravings of my heart as if I know better. Ah. I suffered and was embarrassed this day. Don't drink and drive, I've heard it but mine isn't about that, mine is about something else.

My dad doesn't drink in the house except his brother comes around. They would have a bottle each and then discuss for as long as they wanted. They would take a walk to the balcony sometimes for fresh air while leaving their drinks in the sitting room. My brothers and I would rush to it, take a sip and run off again. This is for you to know we have always wanted to explore... I was just waiting for the right time.

The time came when we travelled for my grandmother's funeral in my hometown. It was a two-day event so we were ready for it. Dad built a family house in the village for his mother, so we had enough spare rooms for those who would come from different places for the burial. I've been used to city life where it is hard to get the real content of any drink without it being diluted. That was what I thought when I saw the kegs of palm wine on every table that night. This is a perfect excuse for me to have a glass or two, I thought and with a lot of people being there, I knew dad wouldn't want to cause any scene and I was leveraging on those around to plead for me if that was the case...if he denies me the privilege of pouring a full cup of palm wine. If I were to write a letter to get that cup, I would have written it thus

"Dear dad, you know I've been a good boy and I don't drink. Can you indulge me just this once to have a cup full of palm wine since I don't know how the one here tastes? I would be waiting for your response by the riverside, just in case you say no. Your son, Olawale."

I approached his table with my cup, joking with another family friend across the table to ease my soft landing for the request I was about to make. I used the corner of my eyes to look at dad and noticed he didn't even flinch. "Why make a request when you can act boldly?" I thought and I opened the keg and was about to pour when I made my request. I left him with no choice but to say yes. I poured it and he told me, "Be careful and drink it slowly." I winked at him and left.

Oh...before I left, I joked with the pastor across the table who happened to be a family friend, to take some which he declined. I even acted like a drunk person and told him "Pastor, drink palm wine into your life." Everyone laughed and I left. I understood the importance of bowing out when the ovation is high before I would be ridiculed from there and the palm wine wouldn't go in my mouth again.

I finished the cup and I was alright. I felt I could go again but this time around, my head was still in place for me to know never to go to my dad's corner to take it again. I found familiar faces on another table away from my dad and acted like it was my first time taking it that night. I asked if I could take a cup and they were more than willing to oblige me. The palm wine got stored in 25kg litres of keg and stationed at every table so I know they all can't finish it. I don't know why common sense didn't kick in for me to know I wasn't supposed to have a second cup. Please, no one should ever call common sense common again. It should be classified as a superpower. I was bereft of it that night. I was staggering and I didn't want to make it obvious so I found a long bench outside the apartment and lay on it. It was dark inside since it was an all-night party sort of. I was afraid to go into the house alone so I lay on the bench and slept off.

I felt someone tap me and heard my name. It was my cousin as I could still form his face even though vaguely. He asked me to come inside since they were all packing the chairs already. The party was over and I think it was around 3 am - according to what he told me afterwards. He woke me up and didn't wait, so he left to pack the other chairs while I woke up and I thought I was heading into the house...but alas, I was heading into the BUSH! I think he looked over his shoulder and saw me heading into the bush. He screamed my name and ran after me. I felt that hand drag me back but I didn't understand what happened until he told me the next day I was headed into the bush.

He took me inside, I slept on the mat and I woke up the next day reeking of palm wine with some parts of my clothes, wet. I noticed as I stepped outside, that a lot of people were pointing and laughing at me. My cousin explained the story of my life to me about how I was heading into the bush and how I vomited all over my body from the palm wine I took. To date, I don't take palm wine again, whether mixed or undiluted. The smell alone makes me want to puke. I got to know that some things are not for me.

I have another story about drinking and I would share that another day. Please, don't laugh at me...just send your words of encouragement to make me know I am not alone and you've been there too 😂😂🤣.