The whaleshares tag should only be used for posts ABOUT the Whaleshares Platform or Community.

There is always one man that grabs the headlines whether he plays or not and that's Cristiano Ronaldo. Manchester United played midweek and he was a substitute against Tottenham. As expected, Ronaldo threw tantrum and choose not to come on. Two minutes before the end of the game with his team winning, he walked down the field and left. The club and the coach sanctioned him for 2 weeks' wages and to train with the Under 21s after being dropped entirely for the Chelsea game.

I like being balanced and as much as I won't appreciate the attitude of Ronaldo, the club should also take the blame for not letting him go when he wanted to. Let's be honest, Cristiano Ronaldo didn't make a name for himself with those years of dedication and sacrifices only to be warming the bench. I don't like his cry-cry-and-baby attitude though because he should also model the right attitude to the players around him and those looking up to him.

I can only imagine how challenging this must be for him because this is unfamiliar territory for him and he is used to always playing. I hope they let him go in January so they won't affect his mental health. Both are at fault because they should have let him go but for commercial purposes, they held on to him and said he was an important player for the season. That's not right.

Game Week 12 was what I was expecting; terrible. My team consisted of both Arsenal and Manchester City players more and they didn't play midweek, so it means I would have to use a wild card to get more players. I only have two free transfers which won't make much difference for my team anyway so I went with the option of leaving my team as they are... unaltered and I wasn't bothered with the low return of points. I know how to make it up later.

Brentford made it difficult for Chelsea. On paper, you would expect Chelsea to edge this but Brentford showed resilience and they forced a couple of saves from Kepa. I have to admit that it was an entertaining match despite it being 0-0 at the final whistle. Both teams had their chances to win it but they were unable to.

A solitary goal ended this game and thanks to Nunez Darwin's goal. He was wasteful and selfish over the weekend but in this game against West Ham, he reminded everyone that he can also deliver and he buried the chance he got which proved pivotal for Liverpool against West Ham. The major talking point of the game was the penalty miss by Bowen. He had the chance to level the matters but he was denied by Alisson much to the disappointment of David Moyes who stood helplessly on the sideline, watching.

What can I say about the season Almiron is having already? He has grown to be an important player for Newcastle United and his solitary goal proved to be the only difference against Frank Lampard's men. He has scored 5 goals already this season and I just added him to my Fantasy Premier League team. He's still cheap and on his days, he can give me decent points which I would be banking on.

I watched this match and I was asking myself if Manchester United borrowed players to play this match because I cannot understand where the motivation came from but I was happy to see it. Manchester United played with a newfound passion and they outplayed Tottenham, restricting Son and Kane to half chances while Fred and Fernandes did the damage with the two goals against Spurs. Manchester United saw out the game but Ronaldo grabbed the headlines despite not playing the match. The win was overshadowed by his attitude but still, it was a decent game for Manchester United. I don't have any United players in my team...when their winning consistency is obvious for all to see, I would consider having one or two players from the team.

Here you have the game week 12 results: 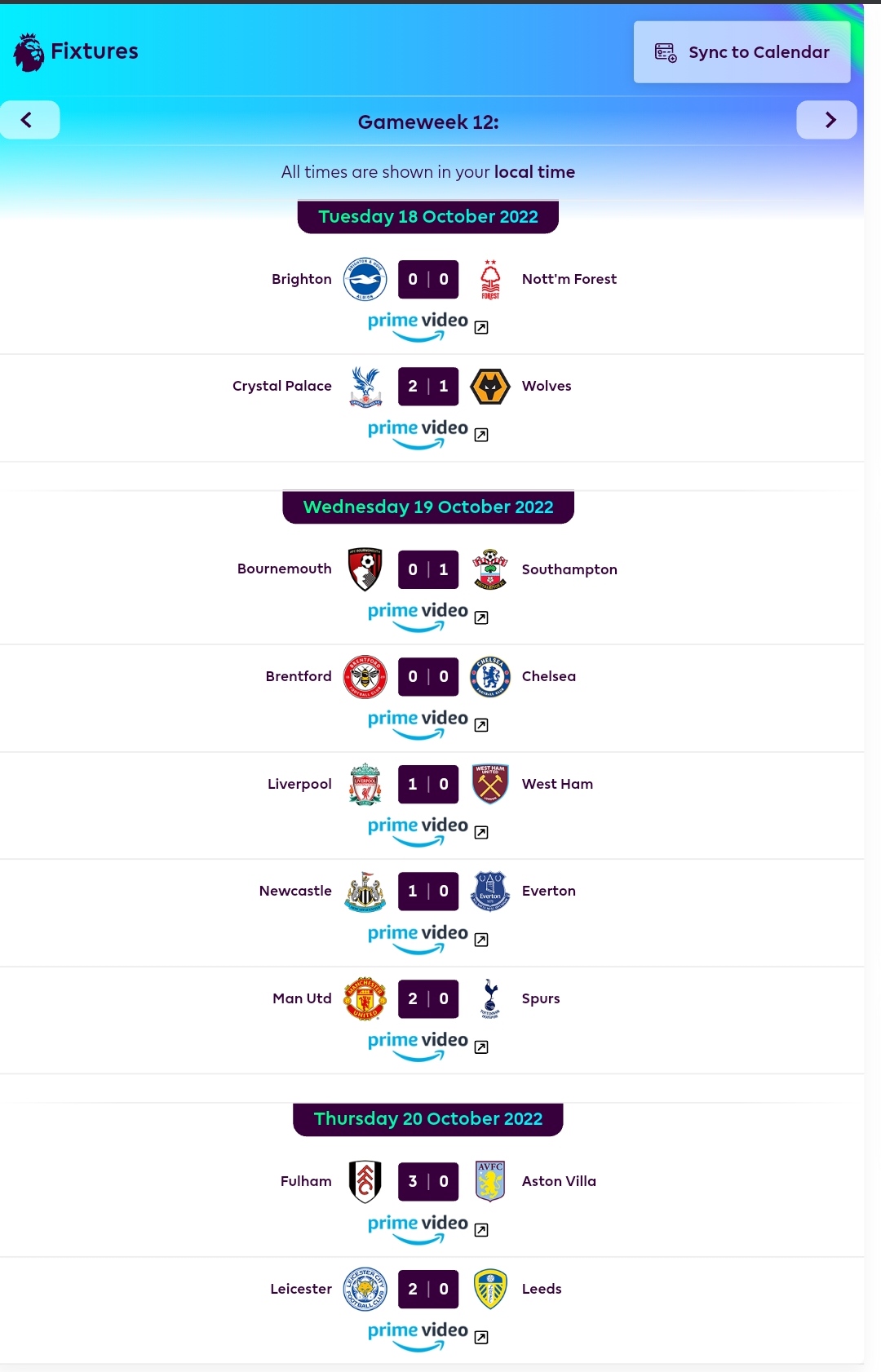 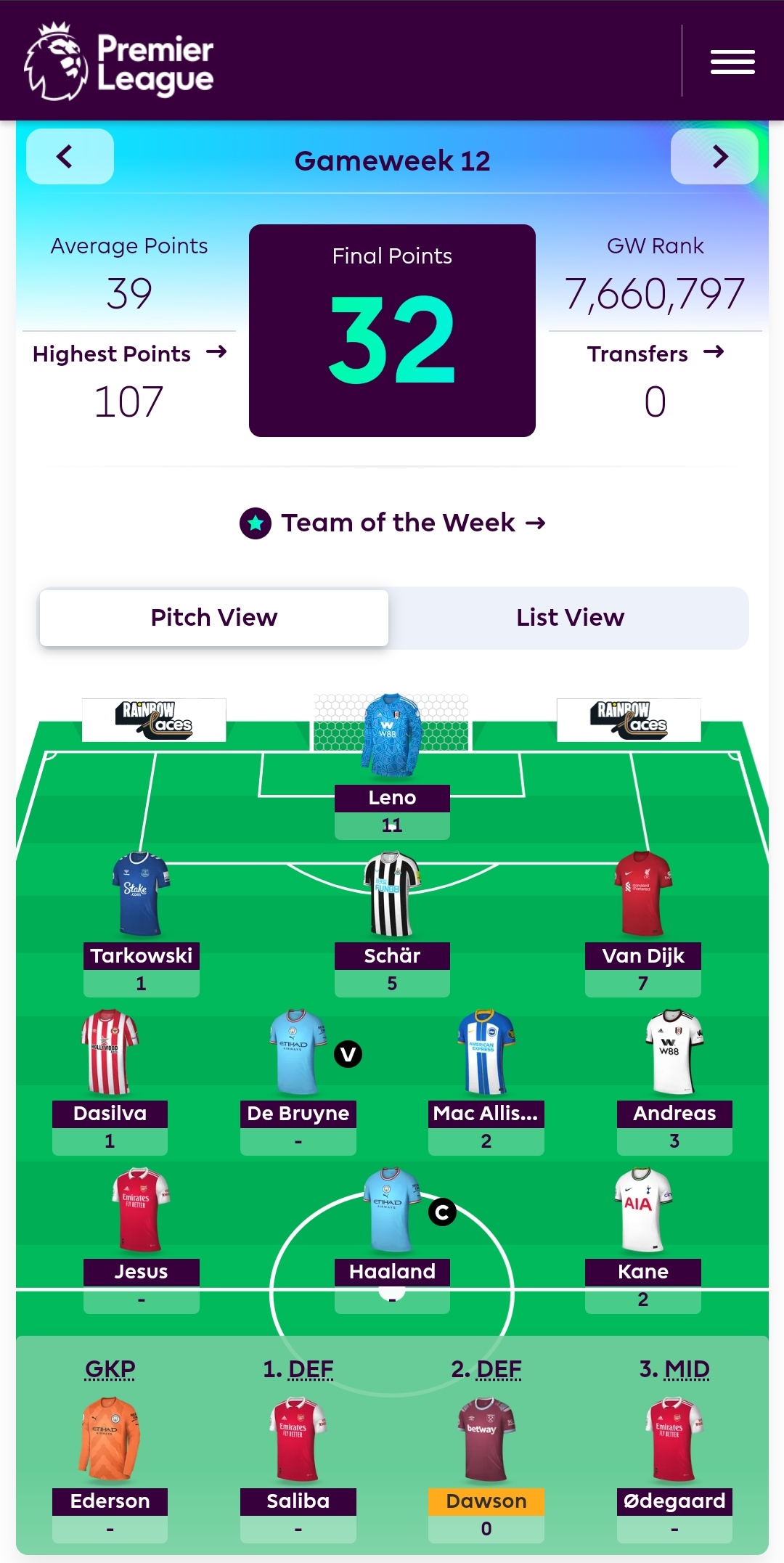