Is Social Media Worth It?

hhroadsecurePosted for Everyone to comment on, 3 months ago6 min read I'm going to start seriously looking into this as I am told that you need social media to effectively market a business in this day and age. So far it feels like everything is so manipulated that if I participate in it, I'm part of the problem.

Those that know me, know I left most of mainstream social media many years ago. I kept my Twitter going because it used to be a good way to quickly scan and see what was going on in the world. Now, not so much. I'm guessing the Toronto Star pays Twitter to be their news.

Don't get me wrong, I believe that people should have the freedom to say and do what they want, as long as it isn't causing harm to others. I just wonder if having only one source for Covid news in Canada is the most healthy option.

I'm not naïve though. I realize that money makes the world go around, (no matter what science or the church says), so I will try to play the game as best I can. My trouble is that I don't know how to play the game anymore. It used to be Facebook and Twitter, and that was easy. Now there is just too much going on on so many different platforms. For the last two years I have been focusing all of my attention on whaleshares.io, a cryptocurrency based social media platform which, despite it's complexity, is a very simple and honest way to interact with people and maybe earn a bit of crypto for your thoughts. I still share my content there but as far as reaching any sort of audience, it just can't compare to the "free" popular platforms, with their billions of dollars for devs and psychology departments.

So I started a new Facebook account so I could make a business page. First, I used an old account and painstakingly erased everything and everyone from it to start fresh. Luckily I didn't start the business page right away because when I went to use Facebook Marketplace to sell a dresser set I was banned from Facebook for no apparent reason and there was no chance to speak with someone to get my account back. I tried for weeks to get it reinstated but nobody replied so I started another new one from scratch. Oddly, my first Instagram account was banned before even making a post and they won't respond either.

When I started the business page, I was immediately reminded that social media is far greedier than it was when I left.

It has gotten pretty hard to do anything for free. I mean how much is it worth to me for people to see any post I might make? Surely not the $35/day they want me to pay so that 368 people will see it. It might be worth it if they were putting it in front of potential customers but how many highway maintenance contractors are in the Hudson's Hope area? Actually, I will tell you. There are two. I can call them or stop by for free.

The other thing that is getting to me is how bad these social media sites want me to do everything through them. Everything. Hiring, sales, communications, the whole kit and caboodle can be done on Facebook. All while you watch videos that were stolen off of YouTube and played one after the other until you finally smash your computer screen.

No thank you.
Luckily they give you an option for an automated response when someone messages your business. I don't think this is what they planned for it but I don't have Facebook Messenger so it could be a while for me to get back to you when you message me there. Even though I tell you not to message me there. People don't seem to believe that I don't use Messenger. 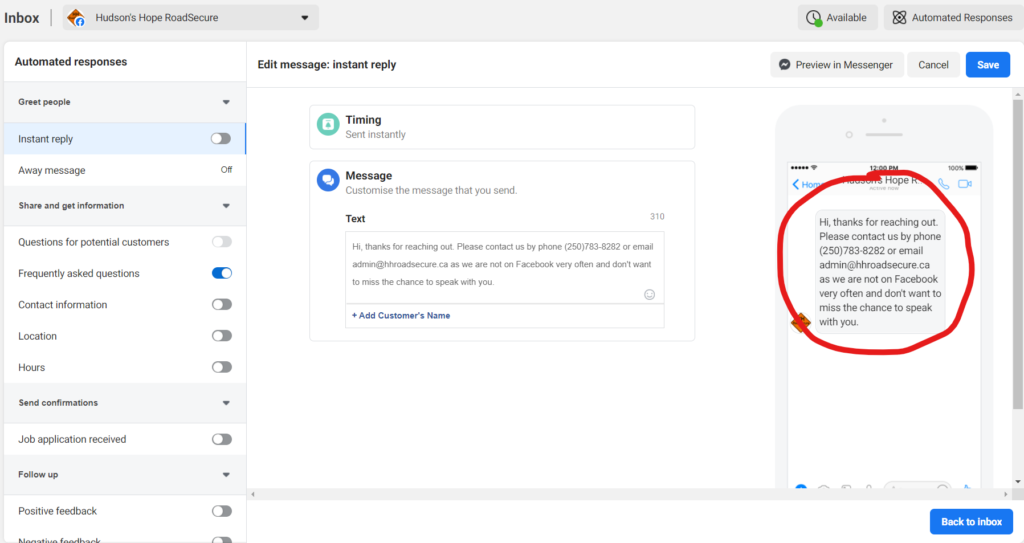 Hey, it's not just Twitter, Facebook, Instagram and Pinterest that are horrible. LinkedIn sucks too. I joined it because that's where business people are supposed to meet up and share ideas or whatever it's for. It turns out that it's just the Microsoft version of Facebook with more right wingers (not hockey players).

Here's one thing that I don't understand. 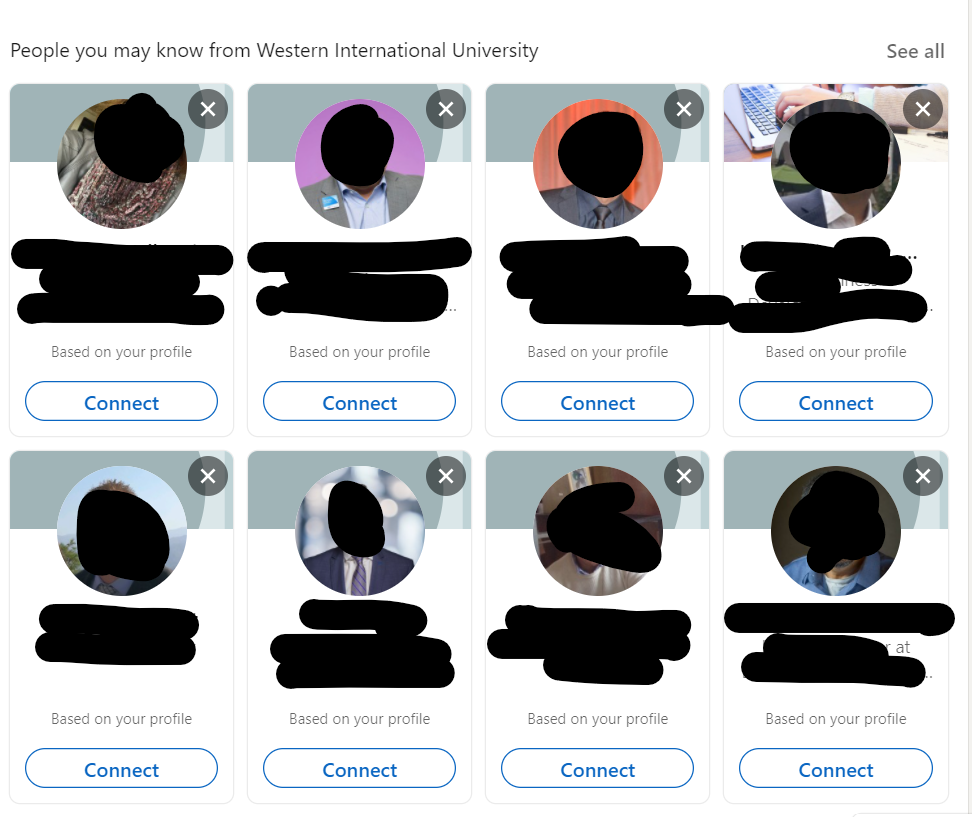 What the hell is Western University and what makes you think I know people there?
Speaking of LinkedIn... I am afraid to try the free month in case I forget to cancel. Just like I did with Grammarly, Sirius, and Masterclass

The low, low price of $50 a month is the cheapest plan? Where do I sign up?
I really don't have a problem with paying for a service but why would you pay money to be constantly annoyed? I just joined Indeed and paid to put out a job posting in hopes of getting some interested flaggers that want to come to our little town and help get this company off the ground. I didn't have to but they made the whole process very simple so I paid $10 a day for a few weeks to have it spread around a bit. That seemed like money well spent compared to LinkedIn's $50 a month fee and Facebook's $35 a day advertising fee.

$35 a day so I can spend more time being annoyed with them. This is my last rant for right now. I am so sick of seeing all of these posts I have absolutely no interest in. They get you to click by telling you there is a new post in a group you really are interested in and when you click it you get a bunch of crap shoved in your face. It's maybe not as bad as the stupid video thing but it is super annoying. I actually sent them a feedback response for this one. 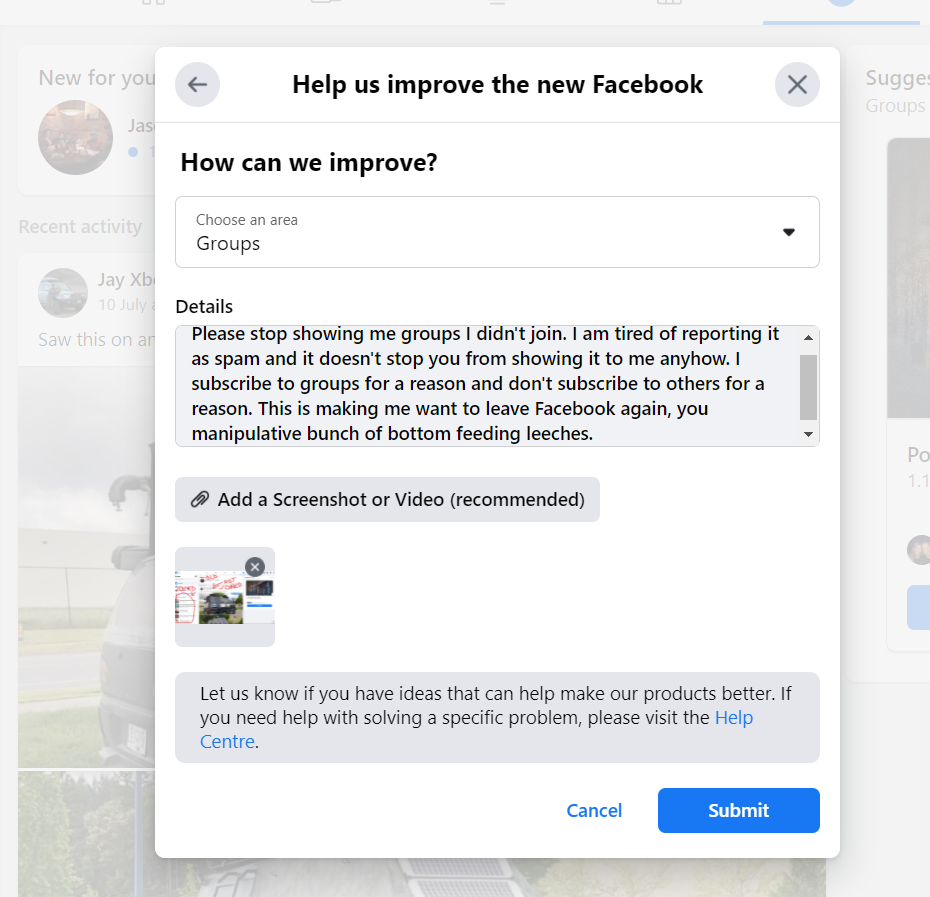 So I didn't go that far but that was what I originally wrote. I do that a lot. Write out how I feel and then delete it and write something that gets the point across without making people feel bad or angry. I know those manipulative leeches are just doing their job.

So what do you think?
Is it worth it? Do you use social media to market yourself or your business? Do you feel good about it? Do you find it makes a difference in your life?

Really, I can't imagine I will get much business from Facebook or LinkedIn but I was hoping to integrate social media with the website as we will be posting where crews will be working so that the public can see where the road work/accidents are and plan their trips accordingly. I also hope to get staff interested in writing a bit on here or even just posting photos and videos that they take during their day. Provided we can find staff. It's got to happen eventually, right?