chrisbirdPosted for Everyone to comment on, 3 months ago2 min read

I don't get this kind of thing here. This was the reply 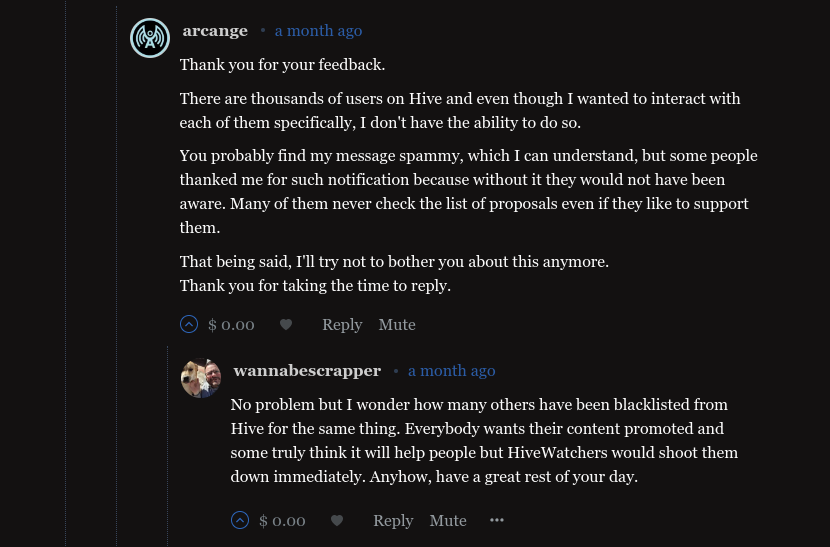 Now, that is fine, I guess. I don't think it's fair that because you are a dev you are given a free pass to spam every user's last post to promote your interests but at least he isn't going to bother me again with it.

I did vote for him the very first time he sent a message because I thought he was just sending me a message and figured if he was that into getting people to vote, he deserved one. I didn't realize that it was a script that commented on every user's last post. After I voted he upvoted my reply to his comment with $.23. Kind of like buying votes with the reward pool's money but I guess that's what it's there for. Right?

I also was a month between posts so when I say he commented on my last two posts, it probably wouldn't have happened had I been posting regularly but it's also fair to say that someone with the knowledge it takes to make a script that spams everyone's last post would also have the knowledge required to delete one account from future spams. Right?

Anyhow, it's one thing I like about Whaleshares, that this stuff doesn't happen here. Definitely not the only, or the best thing about it, but one thing nonetheless.