bushkillPosted to Public11 months ago3 min read
Some of you may remember my son's Eagle Scout Project of a honeybee observation hive and information kiosk in our local library.

Well they built up quite well this year and decided to swarm. I had clipped the wing on the queen so she could not fly (well at least not far). I knew swarming would most likely happen with such a small hive so I intentionally installed a very small colony the first couple of years hoping that they would build up in time for winter but not build up in time to swarm. Now that the observation hive has been there a few years and have learned how fragile an environment it is, I went ahead and installed a stronger colony this year and anticipated they would swarm but figured with the clipped queen they would end up in the hedgerow in front of the entrance.

Early last week I was contacted by the library that there was a lot of activity and a large portion of the bees where hanging on the front of the building. Below is the before/after photos of the entrance.

Hard to distinguish from the photo, but it was easily a 5 pound swarm hanging on the window. Within a few hours I had placed a nuc box on the window ledge with a comb of opened larvae to lure the swarm in. The bees had other thoughts and decided NOT. After failing to locate the queen either inside the hive or by digging through the pile of bees outside, I left the nuc box propped on the window ledge to see if they would eventually move in.

The next day I returned to find that the nuc box had fallen to the ground and the combs had all fallen out. However there were no longer many bees clustered on the window, so I knew that they either swarmed or returned into the observation hive. While picking up the nuc box I scanned the hedgerow for a cluster of bees but didn't see anything standing on the building side so went around to the front to look as well. Nothing in the hedges, but plenty of bee noise and activity in the area so I knew it was close. As I turned to return to the nuc box I noticed the puddle swarm in the grass. 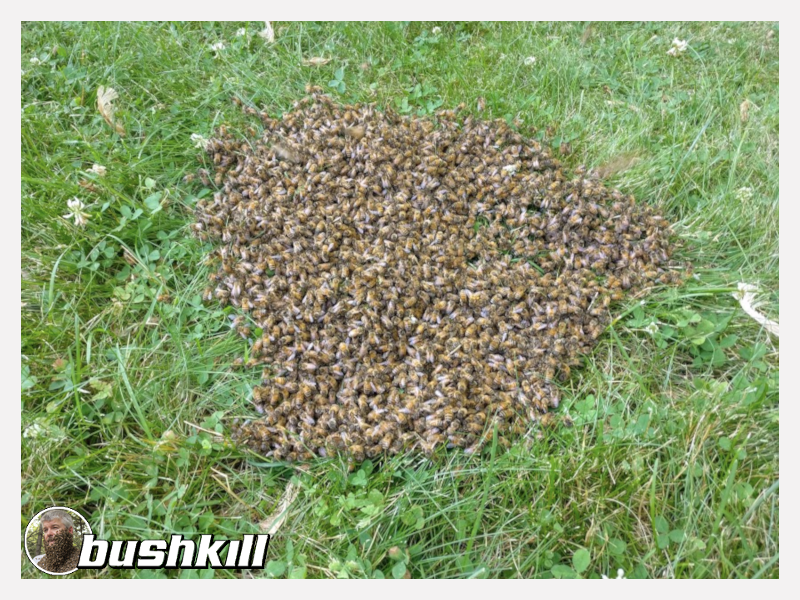 I immediately retrieved the nuc box and set it on the ground next to them. Within seconds they started the march in. 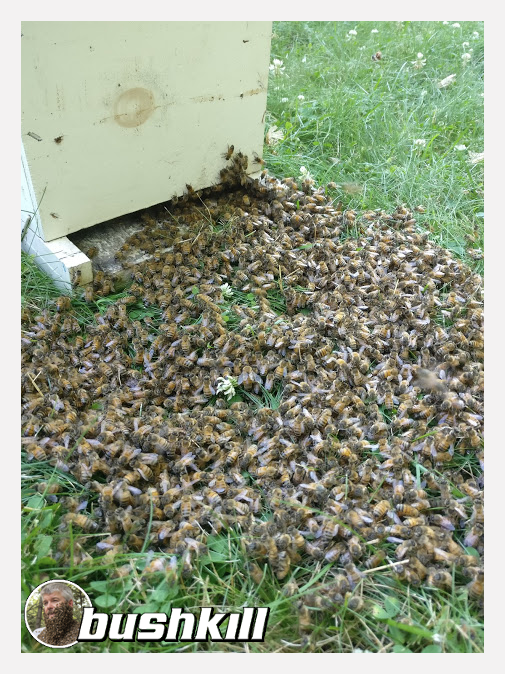 I have also attached a short video for those who have not seen a swarm march into a hive.


After a few minutes of digging through the swarm I was able to locate the queen and ran her in through the entrance. Finding the queen and making sure she gets into the hive is a major relief when retrieving swarms. 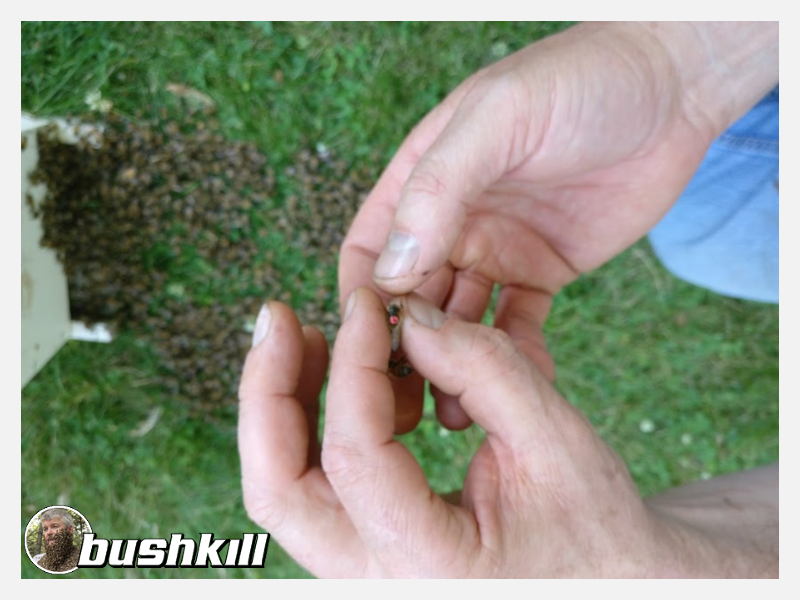 I returned at dusk and picked up the nuc box to take to one of my apiaries. The observation hive had at least 3 queen cells built and should be hatching within the next week. With any luck a library patron will get to witness the hatching of a new born queen.