It's another time to get altruistic token. Altruistic token is a token in which you can reward your post with. We want the token to circulate to as many people as possible on the platform and that is why we have this program for all where you can easily get altruistic token while doing the normal things you will do to support an author or your community. 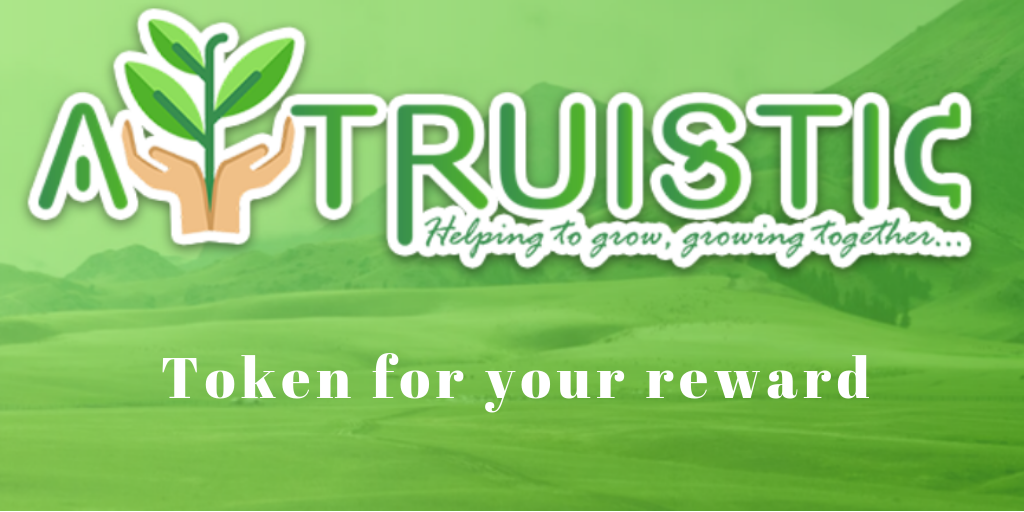 Every time you reward(upshare) altruistic post that is for Token for your reward you will get some Altruistic tokens (ALTT).

Token for your reward post will be up twice in a week - Tuesdays and Fridays until further notice of when we are going to be stopping. For this week, it will be only this one.
You have till the post is 13 days old to drop your reward on it and get ALTT

Is there any other way to get ALTT (Altruistic)?

Yes. Another way you can get Altruistic token is by delegating to our account on Steemit - @altruisticbot. Most people do think it's a voting bot but it's not. That was the available name for us to register with. Altruistic account on steemit is also supporting authors when they summon the bot with the use of the support tag - altruistic-steem

Once you delegate, we will see it but to be able to deliver your token to you we will request you to join Altruistic server on discord and drop your bitshares ID in #token-for-sp room. This link will direct you to the room.
All tokens will be paid monthly.

Delegate to Altruistic on steemit here

You can join the other ongoing TFYR if you have not

How to use altruistic token for an upshare

Thanks for your support. Without you, we are nowhere.

Disclaimer
We have the right not send altruistic token (ALTT) to any users who did not comply with our procedures and users that are known plagiarizer even if they reward this post. We can also stop the token for your reward at anything we feel the token is well circulated.