aagbonaPosted for Everyone to comment on, 3 years ago7 min read

Meet-ups are informal meetings or gatherings, which are usually fun because you get to meet cool folks, and learn a lot of great new stuff, and sometimes, if the gods are good - freebies!. And so, myself with a number of my buddies came together and birthed an initiative that will drive offline blockchain education, promotion and engagement; we call it Blockchain Saturday. We get it, Nigeria and Africa have a questionable reputation internationally in the light of poverty, fraudulent activities, and funny as it may seem, the average Nigerians views blockchain and cryptocurrency as Ponzi scheme.

So, the Blockchain Saturday is a vehicle we hope to use in educating Nigerians about Blockchains, and how it can solve some of Africa’s problems, and also, inform the world that the average Nigerians youth is an entrepreneur and not a fraudster. 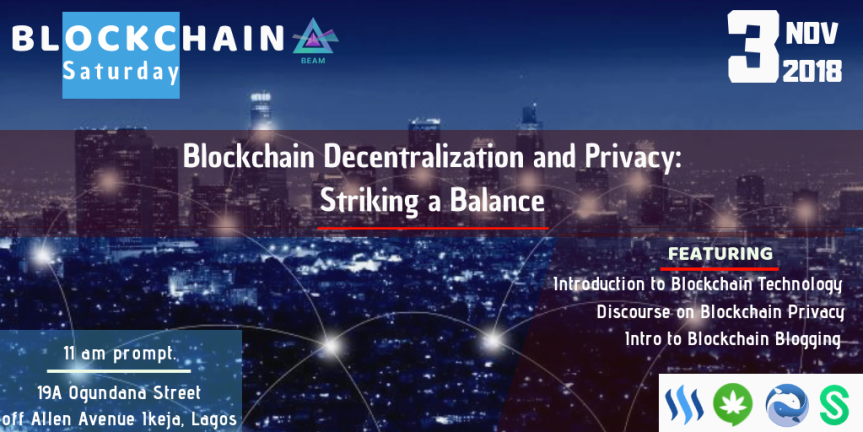 This is the second edition of Blockchain Saturday, which is supported by Beam and the MET community. This gathering in the Lagos blockchain community is meant to garner awareness for the various projects that will be represented by their community leaders. The Blockchain Saturday event is supported by Beam and MET communities, as these projects believe in the potentials of Lagos, Nigeria, and the entire Africa continent at large.

As the banner shows, the event will hold on the 3rd of November and will have both local and global speakers, as there will be Skype sessions. Where these participants can engage with the participants on various issues as it pertains to the various blockchain technologies.

We will be having a rich array of guest that will speak at the meet-up, and they will speak about diverse blockchain projects. Speakers from different corners of the world will in person, or via Skype. It promises to be an engaging atmosphere filled with learning and the discovery of new and exciting things. 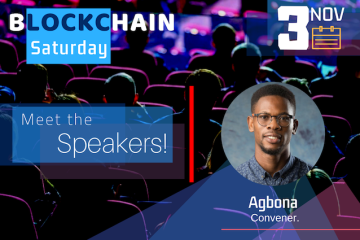 This event was put together by a team led by Agbona Igwemoh, a blockchain enthusiast and entrepreneur. He has experience working within the tech ecosystem, where he founded his first startup taskbuddy.ng. He has played a key role in other startups in different capacities, before deciding to venture into the blockchain and cryptocurrency space.

He is a day-trader and global ambassador for a couple of blockchain projects. With a solid team behind him, he was able to put together what will be the second edition of the Blockchain Saturday meetup. The first edition was a resounding success, and the second promises to be bigger and better. 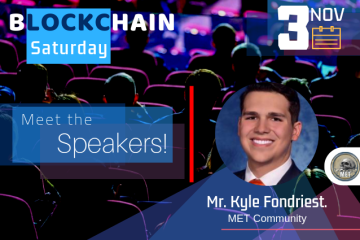 Kyle Fondriest is the founder of MET which is a Mas-chain community established to provide professionals and intellectuals with a central hub to which they can share valuable, general business-related knowledge and increase awareness of the cryptocurrency. Kyle holds a Master’s degree in Accounting with a concentration in Information Management.

This degree has given him years of exposure to topics, as it relates to financial reporting, financial statement audits, information systems audits, tax regulation, business law, and overall general business knowledge. 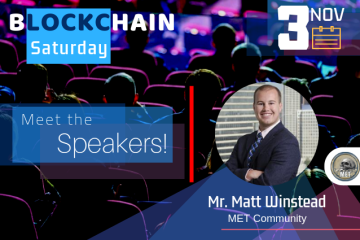 Also, serving as a co-founder with Kyle Fondriest on the MET project is Matt Winstead. They both went to College and started their careers working in the public account sector. Although, Matt who is an accountant by training, still works in public accounting as a financial statement auditor, while Kyle is now a budding crypto Whale.

The MET project is 4 months old, and the founders both are working towards creating a sustainable community, powered by the MET tokens. Both founders will be guests at the meet-up via Skype, where they will talk about their plans for the MET community, the MET tokens, and everything in-between. 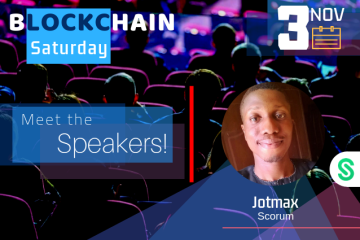 John Makinde also-known-as Jotmax is a Biochemist and information technology enthusiast who seeks to identify important and needful ideas and information in both walks of life and share them through his pet project CandidArticle. He is an important part of the team that pieced the Blockchain Saturday meet-up.

John is passionate about youth development, economic growth and financial freedom. He is constantly identifying opportunities and sharing them with youths in Nigeria and the world at large. A respected figure within the Scorum community, who runs witness programs on Smoke.io, Scorum.com. 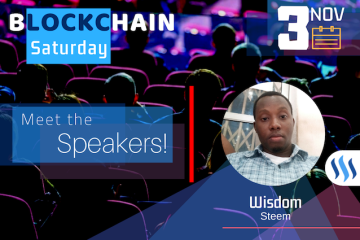 Terribly named as Wisdom Augustine, Pangoli, as everyone loves to call him, is a respected and influential leader within the Steemit ecosystem, most notably because of his involvement with Curie, Steemstem, Oracle-D, Big waves and a host of other projects which he has been actively involved in since his entrance into the blockchain space in 2017.

Pangoli also has a growing influence within the Whaleshares community, an active crypto day-trader and a Chief-hodler, of several tokens. Pangoli is developing a passion for blockchain education within the African space, he believes that blockchain is the solution for the majority of problems the black continent faces. Pangoli is also behind the organization of this event and is responsible for the amazing artworks and banners for the meet-up.

Other Guest at the Meetup

Slau - Founder of the SLAU Exchange which is a platform exchange all the Mas-chain tokens for local Nigerian fiat currencies.

Steven Moses - Founder of the Flaming Helperswhich is a decentralized Christian Community with the goal of supporting Christian on the Mas-chain.

Engr. Samest - Founder of the Whaleshares Africa community, an engineer by training, Samuel Olapade runs several witnesses for Whaleshares and other community with the Africa tag. 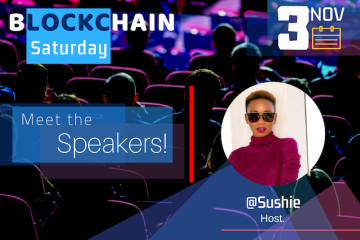 This Blockchain Saturday event will be hosted by no other than Sushie, Africa's blockchain personality of the year. Sushie's vast experience in the media space gives her an edge in communicating effectively, and adequate management in conveying the various aspects of an event.

This meet-up is everyone interested in learning and furthering their knowledge on the blockchain. And also learning the opportunities inherent in Mas-chain networks like Steemit, Whaleshares, Scorum and Smoke. For these are platforms that reward individuals for creating valuable content. Also, we will get to learn more about the Beam project, which is powered by the MimbleWimble protocol which empowers privacy transactions on the blockchain.

Participants will gain a better understanding on

Blockchain Saturday is a periodic meet-up where renowned experts, industry leaders and practitioners, as well as enthusiasts, within the blockchain and cryptocurrency ecosystem come together to synergize, share ideas, and network. This gathering is to facilitate the cross-pollination of ideas to drive towards a more sustainable blockchain ecosystem in Nigeria.

At Blockchain Saturday, it is our belief that the idea of the next disruptive project similar to Bitcoin, can be conceived at this meetup, and for that reason, every idea is worth considering as we work together towards the nurturing and development of projects that will later become products that will solve real-world problems.

We all can create an enabling environment that is geared towards learning, and against the imposition of ideas on participants.

Participants will get various tokens including the MET tokens, and they will be required to have a Bitshares wallet. To create your bitshare wallet, click HERE

Sign Up For the Event Here to reserve a seat

This post was posted on Steemit, and all the pictures are available here too

metcryptocurrencymeetupcommunitywhaleshares
188 WLS
4
Sign Up to join this conversation, or to start a topic of your own.
Your opinion is celebrated and welcomed, not banned or censored!